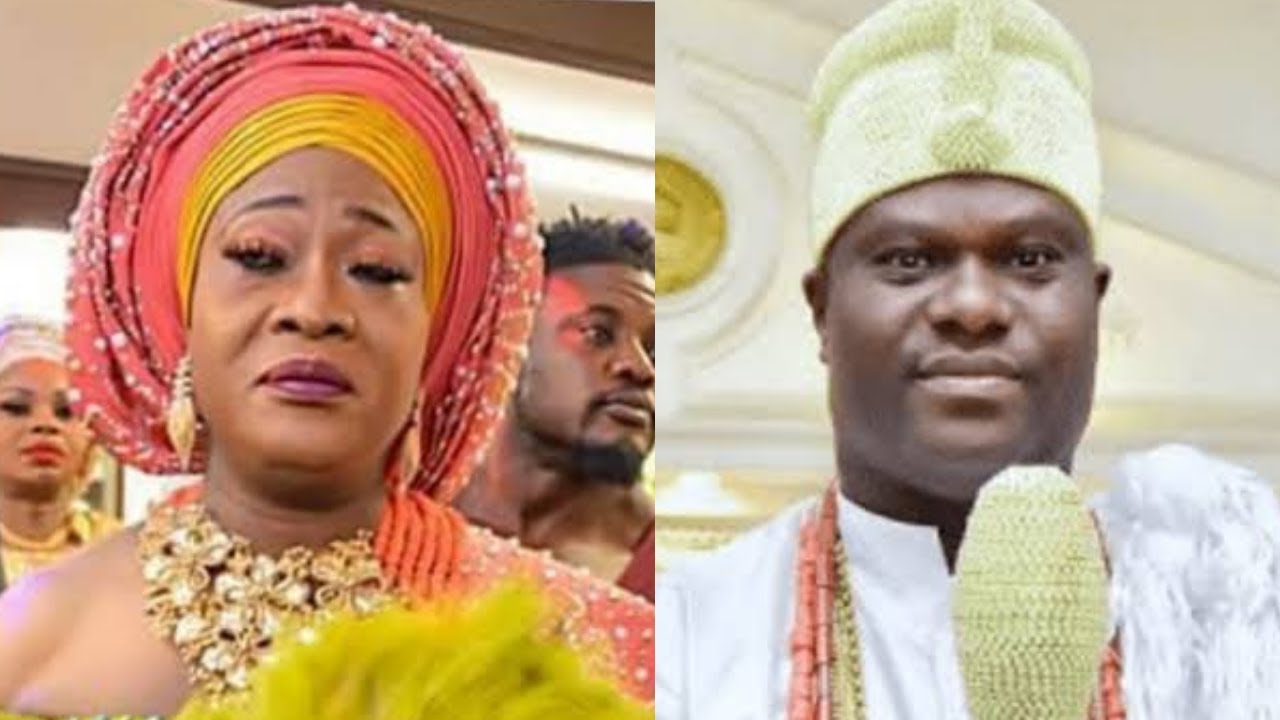 An Irish court has ordered Nigerian born blogger based in Ireland, Esther Esabod Aboderin to take down all defamatory posts on social media on Ooni of Ife, His Imperial Majesty, Oba Adeyeye Enitan Ogunwusi, Ojaja II with immediate effect.

According to Journal.ie, Ooni has dragged the Ireland-based blogger, Esther Esabod Aboderin to a High Court in Dublin, Ireland claiming that he has been defamed in a series of contents she posted on social media.

The monarch, Oba Adeyeye Enitan Ogunwusi, known as Ojaja II who is the traditional ruler and spiritual leader of the Yoruba people, claims that he has been defamed in video clips and other posts, that have appeared on Facebook and YouTube, by Esther Esabod Aboderin.

He claims that in the postscript he has been wrongly, and maliciously accused of committing serious offences by the defendant. None of the accusations are true, he claims.

The defendant, with an address in Leixlip in Co Kildare but originally from Nigeria, who told the court her blog has 30 million followers, denies the comments are defamatory.

As a result of the posts, the Nigeria-based 45-year-old king, represented in court by Thomas Hogan SC, sought various orders against Ms Esabod Aboderin under the 2009 Defamation Act.

The orders include injunctions requiring her to take down the allegedly defamatory posts and that she or anyone else with knowledge of the order cease posting any more defamatory material about him.

He claims that in the posts he has been wrongly, and maliciously accused of committing serious offences.

When the matter came before Mr Justice Anthony Barr the defendant, who represented herself in the proceedings, consented to injunctions that are to remain in place pending the full hearing of the action being made against her.

The material placed on YouTube, she said, had been posted by others. She told the judge that she would take steps, including asking her followers, to take down the posts.

Mr Hogan told the court that his client, who is a trained chartered accountant who has worked in real estate, was selected in 2015 to be the traditional monarch and spiritual leader of the Yoruba, an ethnic group of 44 million people who mainly live in Nigeria and Benin.

Counsel said that his client first became aware of the defendant’s posts in late May. The contests of her posts were highly defamatory, untrue, and very damaging for the king, counsel said.

Already, the posts have had tens of thousands of views, and were the subject of thousands of comments. He does not know why she posted this material, and has asked the social media firms to take down the posts.

Counsel said that his client does not know the defendant, but believes he briefly met her on one occasion during an official function in the UK.

Counsel said that when the defendant was contacted by the king’s solicitors, asking her to remove the material, she had refused to do this, and had made further comments about lawyers becoming involved.

Counsel that in separate proceedings last year he and his solicitor had represented a Nigerian businesswoman Rosala Uvbi Mku-Atu, who also brought defamation proceedings against the defendant over comments that were posted on social media.

In reply, the defendant said that much of what she said about the king has been posted on the internet, and could be found through a google search.

She said that she had made the posts after being contacted by various people in Nigeria.

She said that she was a blogger and “a herbal doctor,” and said she has written about corruption in Nigeria, but was prepared to remove the posts until the action has been decided.

She agreed with the judge that her defence to the defamation claims would be one of justification.

She also agreed with Mr Hogan that she had been before the courts last year in relation to claims that she had defamed Ms Uvbi Mku-Atu.

Those posts. she said, have been taken down.