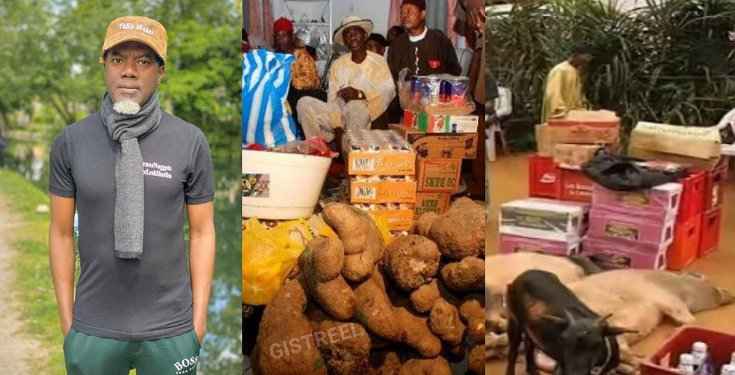 The cost of marrying in Nigeria especially in some southeastern parts of country has become a focal point of discourse.

Several relationships have hit the rock after average earning young men receive marriage list from the bride-to-be’s family that worth hundreds of thousands of Naira if not millions.

It should be recalled that yesterday, a lady made headlines after she told a story of her husband who vowed never to help her family because they gave him a marriage list worth over N580k.

It is sequel to this that popular Nigerian author and former presidential aide, Reno Omokri has advised young men on what to do when bride’s family gives them expensive marriage list.

He advised young men to go to the nearest marriage registry and marry inexpensively.

“If she refuses, perhaps she is not the one”, he advised.

“If you want to marry and the girl’s family give you a long list of things to provide before you can marry, just go to the nearest marriage registry and marry inexpensively. If she refuses, perhaps she is not the one. Marry according to your pocket”