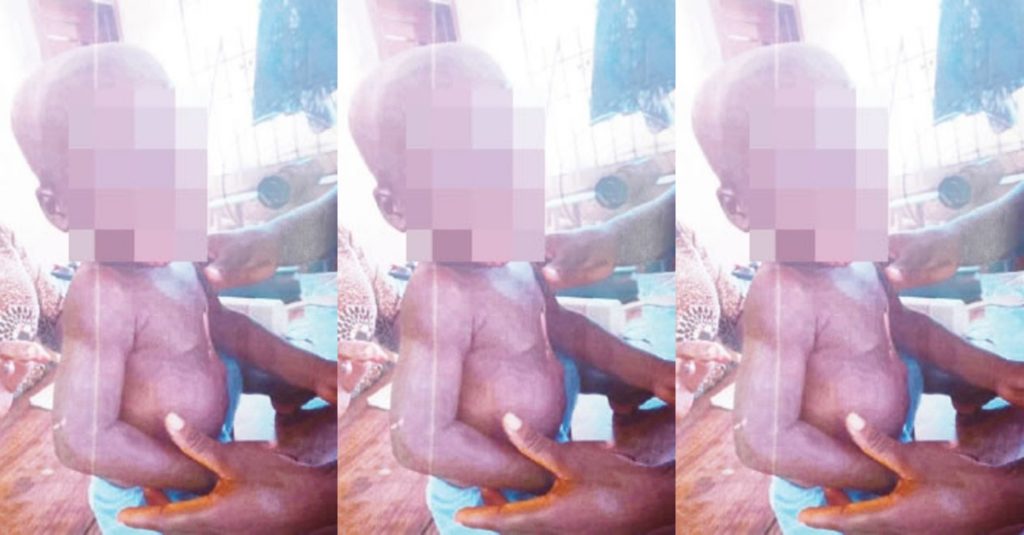 A 32-year-old driver identified as Mayowa Adeyemo has been remanded by the Osogbo Magistrates’ Court in Ilesha Correctional Centre for reportedly torturing his 18-month-old son with burning cigarettes.

This is coming after the suspect was arraigned in court on Tuesday June 16 on two counts bothering on assault and exploitation.

Police prosecutor identified as Abiodun Fagboyinbo accused the suspect of beating the child with a stick and burning him with a cigarette.

It was learnt that Adeyemo had no legal representation but pleaded not guilty to the charges.

While appearing in court, the 32-year-old driver revealed that he has 5 children from 5 different women.

Adeyemo disclosed that he got seperated from the boy’s mother while she was pregnant with him because her family was against them getting married.

“I have five children from five different mothers. Several pastors I consulted told me that my mother was the one bewitching me. I am a taxi driver but things have not been fine for me. The son I assaulted with sticks is the son that my fourth wife bore for me.

“When his mother got pregnant, we got separated due to the insistence of her family that she should not marry me.”