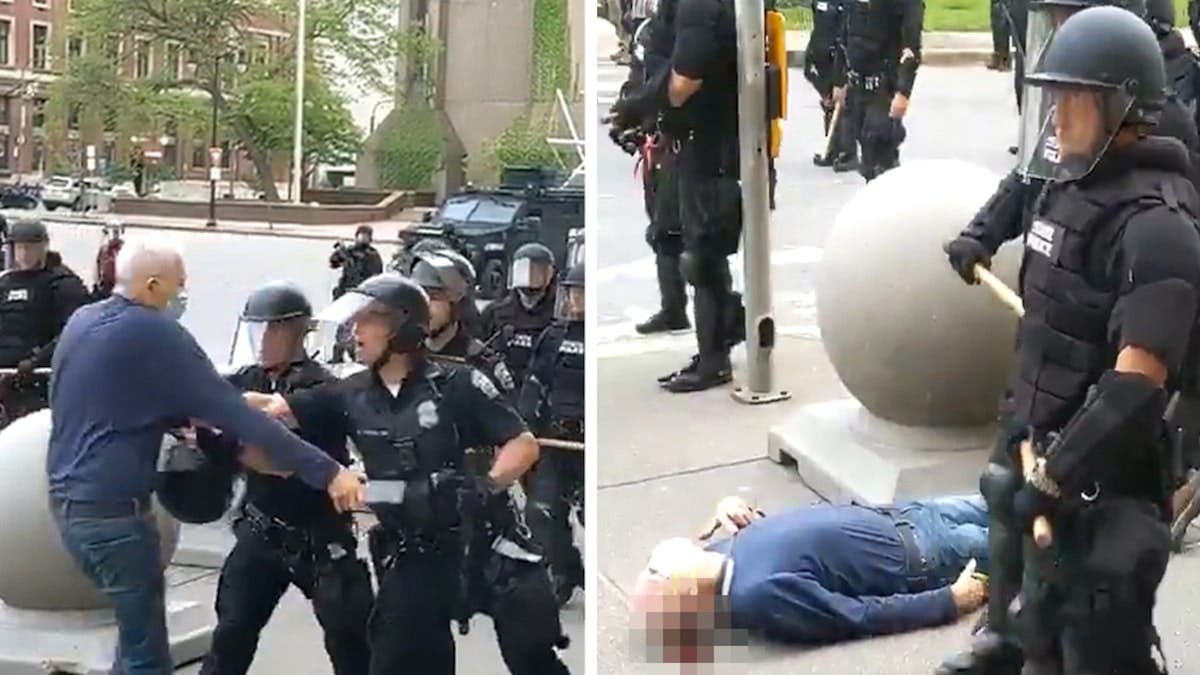 The 75-year-old man who was shoved to the ground by police officers in Buffalo in a viral video alledgedly has a crack in his skull and, he can’t walk.

Martin Gugino’s attorney, Kelly Zarcone, says the 75-year-old suffered a fractured skull from the push and fall, adding that Martin is unable to get up on his own 2 feet for the time being while he recuperates. He was released from ICU last week, but remains hospitalized.

According to TMZ, Zarcone also released a statement directly from Martin, who says, “I think it’s very unnecessary to focus on me. There are plenty of other things to think about besides me.”

Meanwhile, the 2 officers who shoved the elderly man were charged with second-degree assault charges butpled not guilty, and remain suspended without pay.

Recall that 57 other Buffalo officers resigned from the Emergency Response Team involved in the Gugino incident. Buffalo’s Police Benevolent Association said they stepped down because they were pissed their 2 comrades-in-arms were suspended.