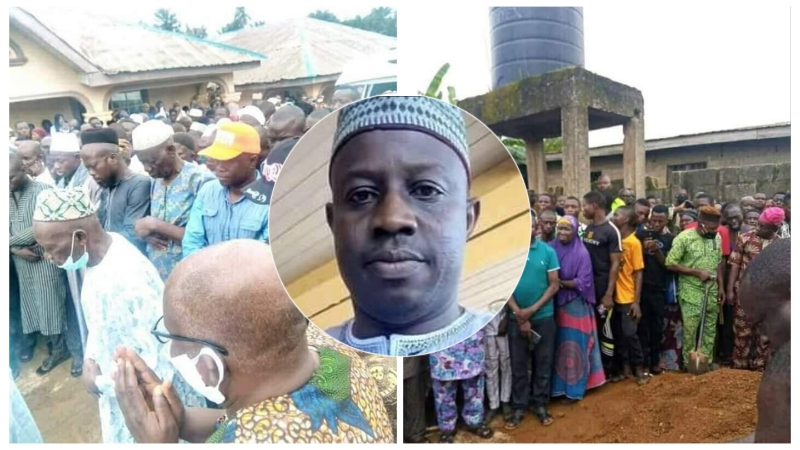 Following the death of chairman of Olorunda North Local Government Development Area of Osun State, Hon. Quadri Ademole Owonikoko in the early hours of Tuesday, 16th June, 2020, residents and government officials reportedly tropped out to mourn the deceased, resulting to the violation of social distancing orders of the government.

The deceased, Owonikoko has been battling with an undisclosed illness for a long while and a source said he has been repeatedly flown out of the country for treatment.

Barely hours after the demise of Osun council boss, pictures of how the remains of the Chairman of Olorunda North Local Council Development Area in Osun state, Hon Abdulqadri Ademola Owonikoko was laid to final rest have surfaced online.

In the viral photos, the council boss was buried according to Islamic rites and the janaz (prayer for the dead) was attended by relatives, friends, officials of state government, local government areas and members of the ruling All Progressives Congress in the state in large numbers defying the directives of the state government on social gathering and others in her fight against Coronavirus.

It was also learnt that the council boss, Owonikoko was buried in his hometown, Oba Oke, in Olorunda Local Government Area of the State on Tuesday.