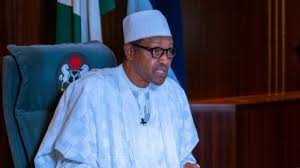 Following the crisis between the first lady of the nation, Aisha Buhari and one of the special assistants to the President, Sabiu ‘Tunde’ Yusuf, President Muhammadu Buhari has sacked his security details and other people in Aso Villa who were involved in the crisis.

The officers who were sacked on Wednesday, June 17 by the President comprise of his Chief Personal Security Officer, Chief Detail to President, ADC to the First Lady, Escort Commander, ADC National Defence Council and 37 others in Aso Villa.

It was learnt that President Muhammadu Buhari took the decision after his nephew and one of his closest confidants, Mamman Daura was reportedly weeping as he entered the office of the President.

According to Sahara Reporters, Daura informed Buhari that his security aides were not only after Yusuf’s life but his own as well.

Shortly after the meeting, President Buhari reportedly gave nod for the removal of all persons involved in the alleged threat to the lives of the two men.

Recall that there was a mild crisis in Aso Villa last week when Yusuf refused to embark on a 14-day isolation period after returning to Abuja from a trip to Lagos.

According to report, Yusuf allegedly drove straight to the villa where he resides after he arrived from a journey but he was denied access by the aides of the first lady who insisted he goes into self-isolation at a different location since he was returning from Lagos which is the epicenter of COVID-19 in Nigeria

Yusuf allegedly refused and got the police to arrest the aides of the First Lady.

Afterwards, the First Lady took to Twitter to ask the inspector general of police (IGP), to release her aides from detention.