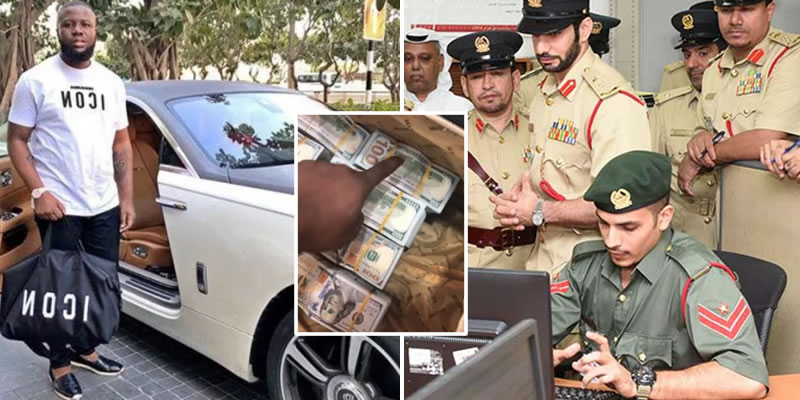 On June 10, Popular Nigerian Instagram celebrity, Ray Hushpuppi was arrested in his Dubai apartment alongside some of his associates.

Well, the Dubai police have revealed the actual reason why the Instagram big boy, Hushpuppi was arrested.

Hushpuppi is being held by Dubai Police and not America’s FBI or Interpol as widely reported.

According to UAE’s online newspaper, The National the Nigerian alleged fraudster, Hushpuppi was arrested on multiple fraud charges, along with 12 other accomplices.

The paper also revealed his real name as Raymond Abbas and his real age as 38 years.

His case has been referred to the Dubai public prosecution and is currently being questioned by prosecutors at the Bur Dubai section, the paper reported.

“The prosecutors have charged him for “obtaining money from others through fraudulent means.”

According to UAE National, security officers in the emirate arrested Mr Abbas and 12 others for online fraud that targets companies and individuals.

“They would send out letters from email addresses almost identical to those of legitimate companies, targeting customers of these companies, with the purpose of diverting payments to themselves,” said a senior prosecutor, quoted by the paper.

“Initial information includes that he was part of this gang which fraudulently obtained cash and cars from people.

“His statement was taken by prosecution but this is just the beginning of prosecution investigations.”

The paper also reported that Raymond Abbas is wanted for fraud crimes in Europe, the United States and Nigeria.

Mr Abbas has over two million followers on Instagram. He is known for his display of wealth on social media.