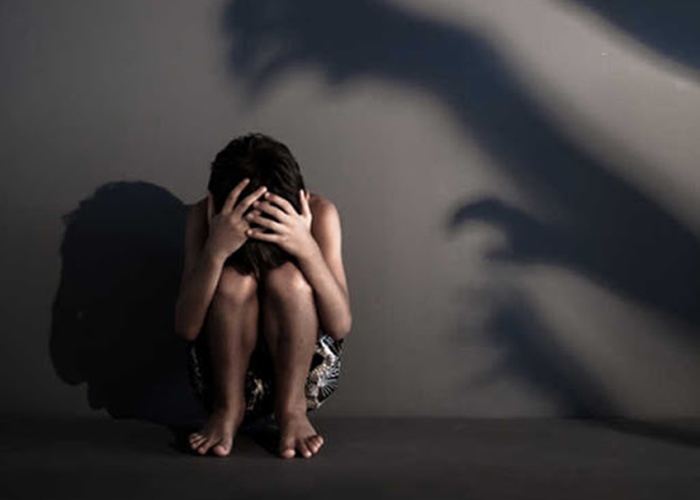 A medical practitioner on Twitter known as Dr. Bright has taken to the platform to recount the sad case of an 11 years old boy who was brought into his clinic with maggots coming out of his anus due to several years of rape by a former neighbor.

According to Dr. Bright, the boy was consistently abused for 3 years but kept it away from his parents because the rapist threatened to kill him if he speaks out.

And after they changed residence, the married neighbor continued to come back to rape the boy until recently, the mother discovered that the boy could no longer sit properly. She decided to do a body check on the boy while he slept only to find maggots, coming out from his anus.

And after 3 long hours of quizzing and flogging the lad, he opened up and revealed the identity of his abuser….

“I’m just so livid! Persevering face.Today I decided to come to work to meet yet another heartbreaking story
So a man brings an 11yr old boy to the clinic; he was reluctant to talk saying they came for examination
Oga what’s the problem?
“A man has been raping the boy for over 3yrs
Wait what?!

The mother noticed one day that the boy wasn’t sitting properly and he denied any injury when she asked so when he was sleeping at night she decided to check; guess what she found? Maggots coming out from the boys Anus Persevering face
Maggots!

She quickly told the father… who then probed but the boy refused to talk; Which made the father angry and beat him nonstop for 3hrs;

Pause! Oga you beat your child like this for 3hrs!???

**Deep Sigh Pensive face… I didn’t know if to turn my anger on the man for horrible parenting or just keep it centered on that elephant in the room.
“ok pls continue..

“After he beat the child for 3hrs, the boy finally revealed the identity of the man who has been abusing him… a former neighbor 🤦🏻‍♂️… and it all started a little over 3yrs ago. Even after they moved to another house the neighbor would still come and pick him up;

3 whole years! And the said neighbor is married. He ran away when the police was involved.

(Abusers always use threat to keep their victims silent)

My small finger could barely go in without resistance and yet a grown man was putting his adult sized penis in this small boy… what an animal!

But I had to keep it together and not let my anger out.

When I was done, I prescribed some medications and tests; surely we have to screen this boy for sexually transmitted infection like HIV and Hepatitis amongst others. Hopefully they all come back negative 🤞🏽
No doubt this boy will also need lots of psychotherapy for a long time…

I can’t even begin to imagine the ripple effects this experience might have on him. Pensive face
Pls parents… always check your children; when they’re asleep at night strip them and check! Check for bruises, wounds, marks but most of all, be the kind of parent that is approachable by your kids.

Abusers are not often strangers; they’re people you know.

Create the kind of atmosphere that gives your kids the confidence to talk to you about anything and everything including everyone without fear of judgment or punishment. Abeg nau!!!

We’re living in dangerous times; parenting should be more proactive and intentional. ”