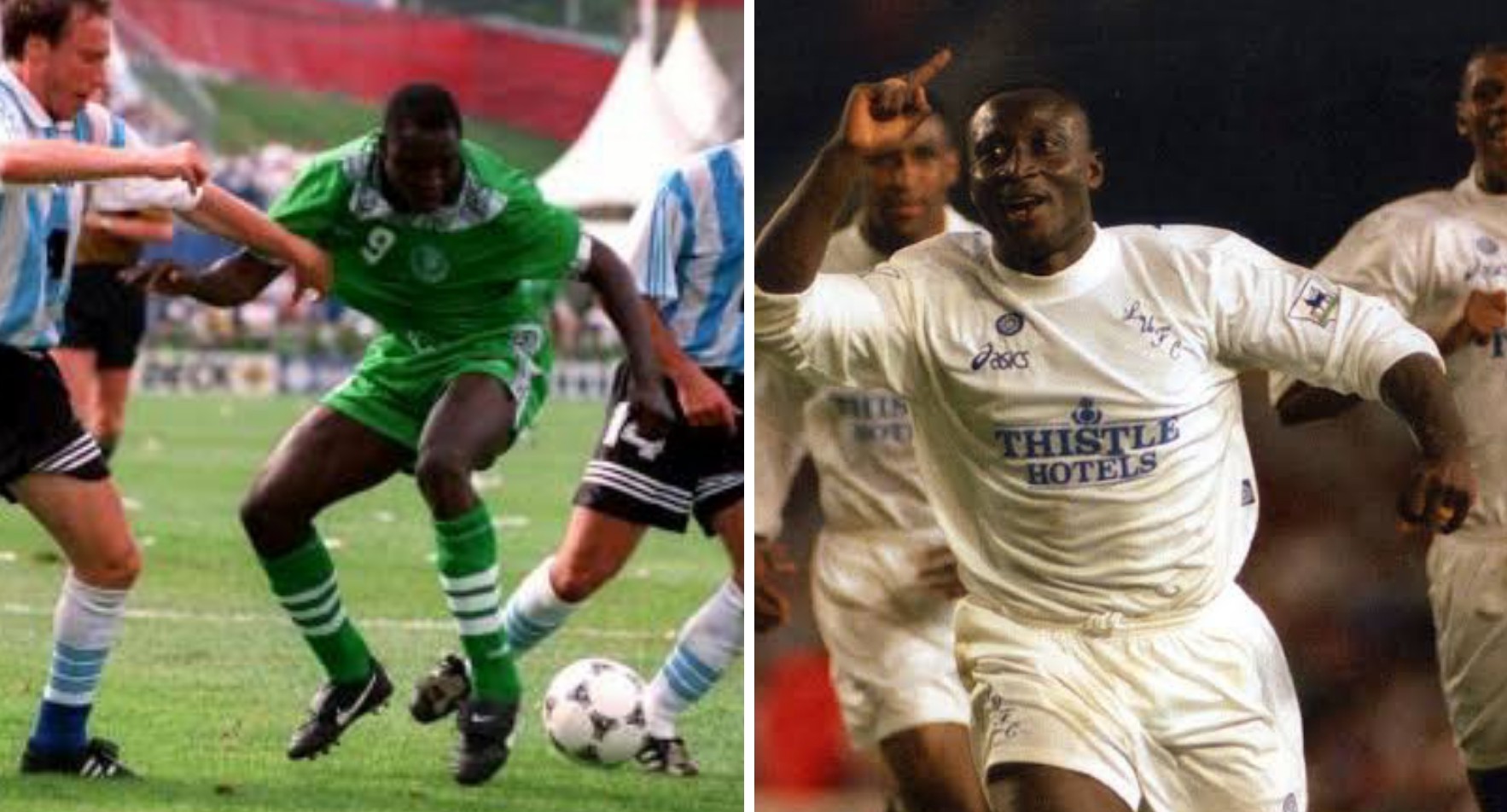 This was according to a poll organised by world football governing body FIFA on their verified Twitter handle.

Football fans were asked to cast their votes on who among Yekini and Yeboah was a better striker.

At the end of the voting which had 10,445 votes, Yekini emerged winner with an overwhelming 78 per cent while Yeboah got 22 per cent.

Born in Kaduna, of Yoruba origin, Yekini started his professional career in the Nigerian league before moving to Côte d’Ivoire to play for Africa Sports National in 1987.

From Africa Sports he went to Portugal and joined Vitória de Setúbal in 1990 and experienced his most memorable years, eventually becoming the Primeira Liga’s top scorer in the 1993–94 season with 21 goals.

The previous campaign he had netted a career-best 34 in 32 games to help Setubal promote from the second division, which earned him the African Footballer of the Year, the first ever Nigerian to achieve the feat.

He made his senior national team debut in 1984 scored 37 goals in 58 appearances before retiring from international football in 1998.

He emerged top scorer at the 1992 and 1994 AFCON after netting four and five goals respectively.

He played a vital role as the Eagles qualified for the 1994 World Cup, the first time Nigeria will pick the ticket for football’s elite tournament.

Also, he scored Nigeria’s first ever goal at the World Cup in the 3-0 win against Bulgaria.

Yeboah was born in Kumasi , Ghana and after spending his youth in Kumasi, he joined German club 1. FC Saarbrücken in 1988.

He left Saarbrücken and joined Eintracht Frankfurt in 1990, where he became the first African Bundesliga club captain and went on to become Bundesliga top scorer twice with in 1993 and 1994.

After departing Frankfurt he moved to the Premier League and joined Leeds United and returned to the Bundesliga to play for Hamburg.

He made his debut with the Black Stars in 1985 made 59 appearances scored 29 goals before calling it quit in 1997.

He was a member of the Ghana squad that finished second at the 1992 AFCON after losing to Cote d’Ivoire on penalties.