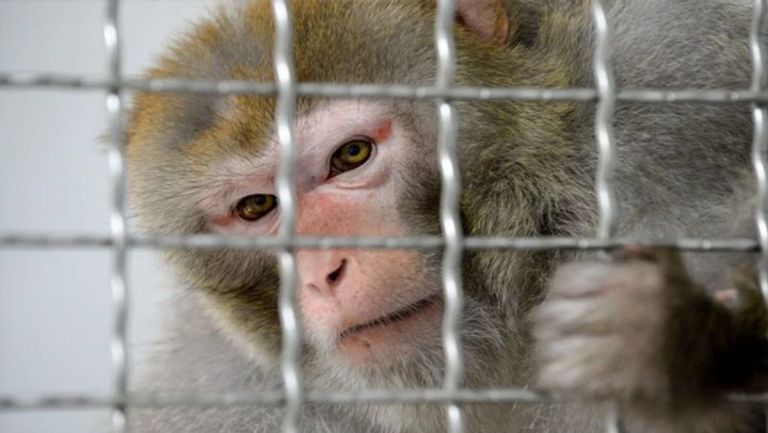 A drunk monkey named Kalua who was able to tear through 250 people and kill one while on a rampage in India. This week, zookeepers at Kanpur Zoological Park charged with re-assimilating the primate for the last three years have deemed him too dangerous to live among his kind, and have sentenced him to solitary confinement for the rest of his life.

The alcoholic animal belonged to an “occultist” in Mirzapur, Uttar Pradesh, whom local authorities believe supplied his pet with a regular diet of hard liquor and, possibly, monkey meat, according to the Daily Mail’s report.

When the owner was found dead, they believe the neglected monkey — likely in the throes of withdrawal — took his aggression to the streets and began roaming the neighbourhood and attacking people, particularly the faces of women and children. Kalua had eluded animal trappers in the forests of Mirzapur for some time before finally being captured, IANS reported.

Kalua, who is now 6 years old, was ultimately brought to the Kanpur Zoo, where he remained hostile towards female zookeepers in particular, as well as monkeys.

“We kept him in isolation for some months and then shifted him to a separate cage,” said the zoo doctor Mohd Nasir. “There has been no change in his behaviour and he remains as aggressive as he was. It has been three years since he was brought here, but now it has been decided that he will remain in captivity all his life.”

Zoologists who worked with the simian noted that not only is Kalua addicted to alcohol, but he also refused to eat vegetables and another typical monkey fare. They also believe that his rage may have been a result of the cannibalistic regimen the occultist prescribed to his animal.

Kalua may be locked-up tight, but a troop of mischievous monkeys in Meerut, near Delhi, stormed the campus of a medical college last month stealing several coronavirus-positive blood samples and causing outbreak panic in their community.

Although the samples were lost, a local official at the university assured the public there is “no evidence” that monkeys have transmitted COVID-19 to humans at this point.

However, scientists do know that they have the ability to develop “a natural immunity” after exposure to the virus a hint that the same could be said of humans.