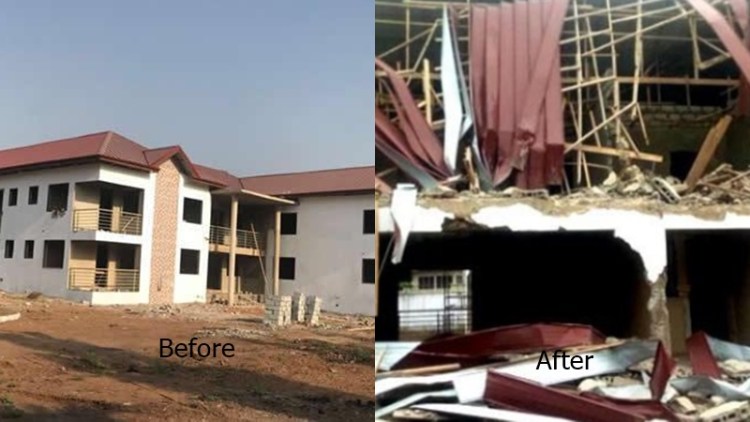 Geoffrey Onyema said unknown persons demolished the building using a bulldozer. He did not say when the demolition was carried out.

“We are engaging the Ghanaian Government and demand urgent action to find the perpetrators and provide adequate protection for Nigerians and their property in Ghana,” Onyema said.

Nigerian businesses and nationals have come under increasing attacks in the West African country in recent years.

37 Nigerian traders were arrested and detained by the Inter-Governmental Task Force constituted by the Ghanaian Government in 2018. About 10 shops owned by Nigerians were also locked up on Tip Toe Lane at the Kwame Nkrumah Circle Ghana on the pretext that they were yet to regularise their business concerns as prescribed by law.

In December 2019, Nigerian lawmaker Tolulope Akande-Sadipe, who chairs the Committee on Diaspora Matters in the House of Representatives, said over 600 shops belonging to foreign traders, most of whom were Nigerians, were forcefully locked up on Sunday, December 1, 2019, at the Kwame Nkrumah Circle by the Ghana Union of Traders Association (GUTA).

Nigeria in January was forced to deny suggestions of any imminent diplomatic row with Ghana after its officials were allegedly forcefully ejected from a diplomatic property in Accra.

He said the Nigerian authorities were in discussion with Ghana to extend the lease on the property after its expiration.

“The property in question is not housing either the Residence of the High Commissioner or the Chancery or staff quarters,” Nwonye said.

Critics of the Nigerian government said its lax handling of attacks on its citizens and their businesses in places like South Africa, Ghana and elsewhere in Africa has emboldened perpetrators.