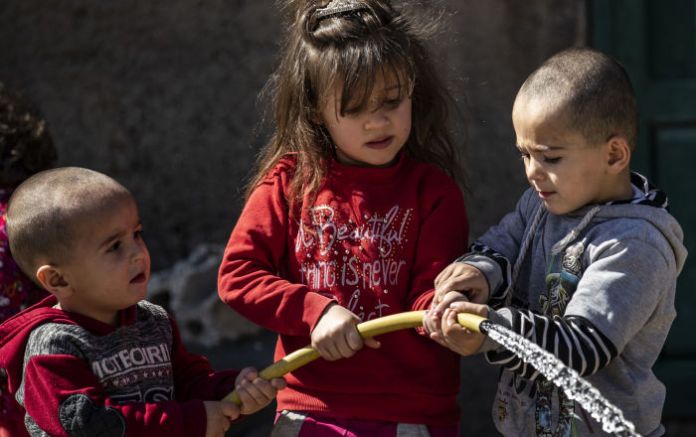 They were previously staying in refugee camps controlled by Kurdish forces in the north-eastern part of the country.

It is unknown where the children landed or where they were transferred to once they reached France.

“These children have been handed over to the French judicial authorities”, the French Foreign Ministry reported, adding that they would be taken care of by the social services and undergo medical checks.

Paris thanked the semi-autonomous Kurdish administration in north-eastern Syria for its “cooperation” in this new repatriation of “young and vulnerable children”, stressing that it acted “within the legal framework of the authorisation given by local officials”.

After militant Islamic State group lost its Baghouz stronghold in March 2019, France has brought back 28 children from Syria – five in March 2019, 12 in June 2019 and a girl suffering from a heart condition in April this year.

Around 300 children of French jihadists are currently in the Al-Hol and Roj camps, according to Familles Unies, a French organisation for human rights that has been calling for the repatriation of those children as well as of their mothers.

The situation for the non-orphaned children is even more complicated, as they require their mother’s authorisation to be repatriated.

In 2019, 371 children, died in the Al-Hol camp, an official from the humanitarian organisation Kurdish Red Crescent reported in January.

Kurdish authorities have claimed to keep a total of around 12,000 foreigners, including 4,000 women and 8,000 children, in three refugee camps in north-eastern Syria, the vast majority in Al-Hol.

In those camps are reported to be approximately 150 French adults, men and women, but France is reluctant to take them back as they are considered IS accomplices.

Kurdish authorities often called on the countries concerned to repatriate their nationals, declaring that they couldn’t keep them for much longer – a message frequently echoed by the US, which is concerned they may try to cut loose.

According to the Center for Terrorism Analysis (CAT), 13 French jihadists, including Hayat Boumedienne, wife of Amedy Coulibaly, one of the perpetrators of the January 2015 attacks, have escaped from their camps.