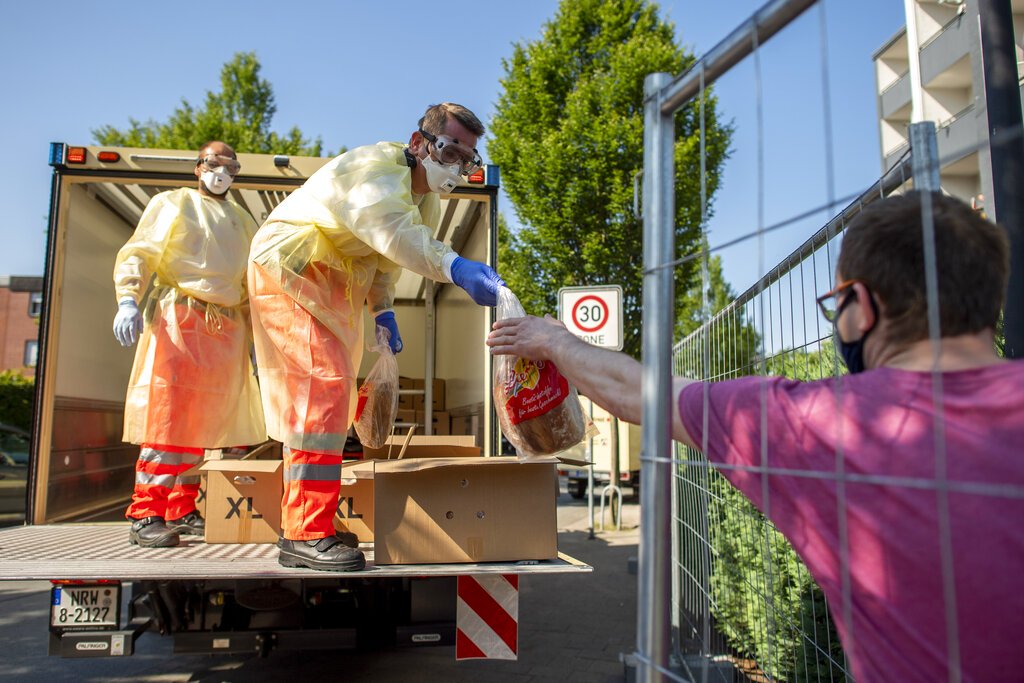 The latest report from Germany’s public health agency, the Robert Koch Institute (RKI), published on Sunday puts the four-day infection rate, the R-value, at 2.88, up from 1.79 on Saturday. On June 18, it stood at 0.86.

The R-value measures the number of people an infected person may pass the virus on to. If it is equal to one, it means that one person is infecting another one.

Governments across the world have kept a close eye on the infection rate to guide their lockdown decisions with restrictions only lifted in many countries once the rate had fallen under 1.

RKI explained in its report that the rise “is mainly related to local outbreaks” and that “since case numbers in Germany are generally low, these outbreaks have a relatively strong influence on the value of the reproduction number”.

More than 1,000 employees of a meat processing plant have tested positive for SARS-CoV-2 in the district of Guetersloh, in the state of North-Rhine-Westphalia. The plant has been temporarily closed and employees, as well as members of their households, have been put under quarantine. Local schools have also be closed.

Several schools were also closed in Magdeburg, in the north-eastern state of Saxony-Anhalt, while several buildings in the capital, Berlin, were placed under quarantine following an outbreak linked to members of a religious community. So far, 85 cases are linked to this outbreak.

Other localised clusters were reported among members of religious communities in the states of Hesse and Mecklenburg-Western Pomerania and in retirement homes.

Still, RKI stressed that “a nationwide increase in case numbers is not anticipated.”

Germany has widely been seen as doing better than other European Union countries in its effort to contain the deadly virus thanks to early mass-testing and an aggressive contact tracing system.

Nearly 8,900 deaths have been reported in the country since the beginning of the pandemic and 191,272 people have tested positive according to a tally kept by the Johns Hopkins University.

On Sunday the World Health Organization (WHO) reported the largest one-day increase in coronavirus cases worldwide, at more than 183,000 new cases in the latest 24-hour period.