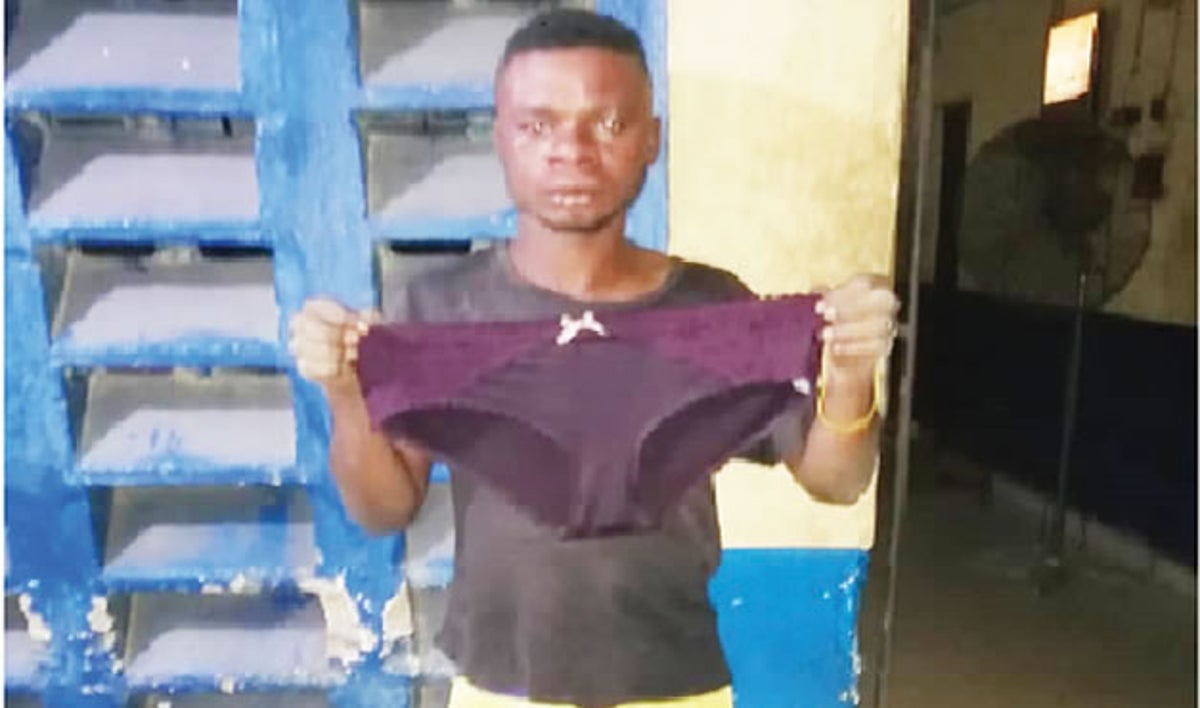 Men of the Ogun State Police Command have arrested a 22-year-old vulcanizer, Dele Ope, for allegedly stealing his customer’s pant.

The woman (name withheld) had reported Ope, a vulcanizer to the Police at Warewa Division, over her missing underwear.

According to a statement by the Police Public Relations Officer in the state, Abimbola Oyeyemi, the woman had invited the suspect to fix one of her car tyres which got deflated.

The woman was said to have discovered that her pant spread on a line within her compound, had gone missing.

She was reported to have gone after the artisan who was nowhere to be found, as at the time she got to her shop.

When the matter was reported at the Warewa Division, the DPO, Folake Afeniforo, detailed detectives to arrest the suspect, while a search was conducted in his house and the pant was found.

The suspect upon interrogation confessed to the crime, saying he had the intention of taking the pant to a herbalist for money ritual.

He would be charged to court as soon as investigation into the matter is concluded, police said.

READ  Religious leaders mourn prophetess who was allegedly poisoned by junior pastors looking to take over her ministry (photos)
Share this Post[?]