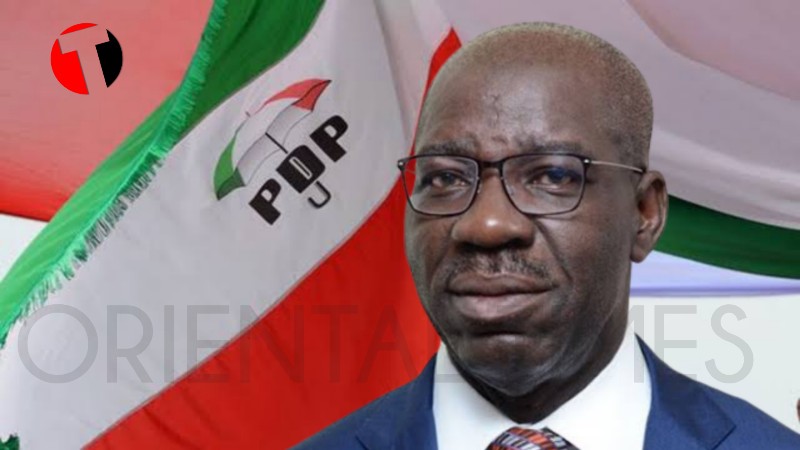 A Federal High Court sitting in Port Harcourt, has restrained Edo State Governor, Godwin Obaseki from participating in the governorship primaries of the Peoples Democratic Party (PDP) scheduled to hold on Thursday, June 25, 2020.

The primary election is scheduled for 25 June.

The ban order was given 22 June by Justice E.A. Obile of the Federal High Court in Port Harcourt.

It was based on a motion ex parte filed by a PDP member, Omoregie Ogbeide-Ihama.

Joined in the suit are Prince Uche Secondus, the PDP, Independent National Electoral Commission, chairman of the party screening committee, Kingsley Chinda and other members of the committee.

Obaseki, an APC renegade, was named as the eighth defendant in the case.

The applicant is seeking a court order to restrain Secondus and the party from allowing Obaseki to buy the forms for the primary, other than those who bought the forms within the timetable initially published for the election.

The PDP, mindful of the legal minefield announced a waiver for Obaseki, to enable him to participate in the primary election, even though he joined the party only on Friday 19 June last week.

All the parties in the case were to be served via substituted means.

Substantive hearing in the case has been adjourned till Wednesday 24 June.