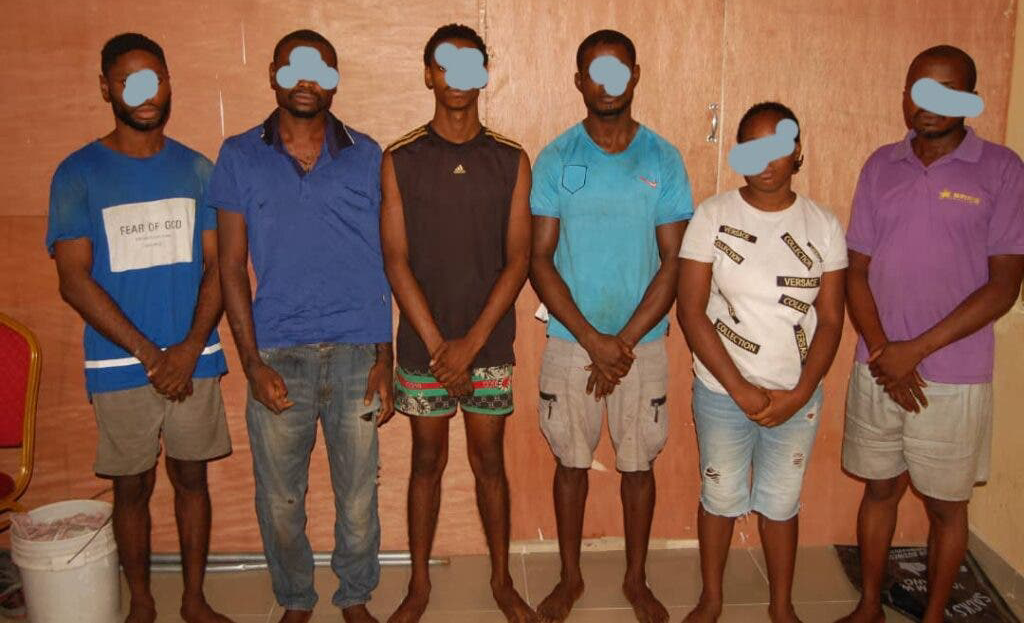 Operatives of the IGP Intelligence Response Team (IRT) in collaboration with the Bayelsa State Police Command, with the aid of technical intelligence generated from the IGP Technical Intelligence Unit (TIU) have arrested the ringleaders of a notorious kidnapping syndicate.

The Police Public Relations Officer, Bayelsa Command, SP Asinim Butswat in a statement in Yenagoa, Monday, said the suspects’ activities cut across River, Bayelsa and Delta States, adding that they have made useful statements and identified other gang members who are at large.

He said items recovered from the syndicate include two Toyota vehicles and pictorial and video evidence of ransom collected from a Kidnapped victim.

“Others include Thankgod Manacssh ‘m’ 28 alias Aki man or Axe man from Opobo town in Opobo-Nkoro LGA Rivers state. He is the 2nd in command of the deadly Iceland confraternity. Ogeneima Omoni ‘f’ 24 from Ogbokuma Community Abua/Odual LGA, Rivers state. She is a member of the syndicate & cooked for the kidnappers in their den, and Chimaobi Nmeribe m 47 from Umuahia-South LGA, Abia State.”

He said effort was ongoing to arrest the fleeing members of the criminal syndicate including a dismissed Nigeria Security and Civil Defence Corps, NSCDC, officer.