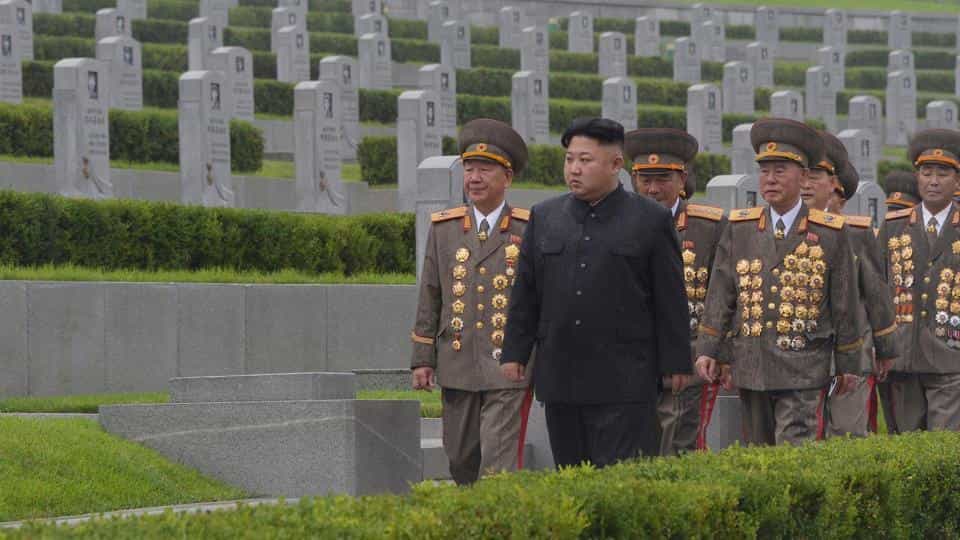 North Korean leader Kim Jong Un has suspended plans for military action against the South, state media reported Wednesday, in an apparent sudden dialling down of tensions after Pyongyang blew up a liaison office.

In recent weeks, Pyongyang has issued a series of vitriolic condemnations of Seoul over anti-North leaflets, which defectors based in South Korea send across the border — usually attached to balloons or floated in bottles.

Last week, it blew up a liaison office on its side of the border that symbolised inter-Korean rapprochement, while its military said it would take multiple measures against the South.

The moves included re-entering areas of the North that it had withdrawn from as part of inter-Korean projects, restoring guard posts in the Demilitarized Zone that forms the border, and stepping up exercises.

But the North’s official Korean Central News Agency said Kim on Tuesday presided over a Central Military Commission (CMC) preliminary meeting that “suspended the military action plans against the south”.

In addition, Pyongyang’s propaganda outlets deleted online articles critical of South Korea, according to Seoul’s unification ministry, with handles relations with the North.

The apparently conciliatory moves by Pyongyang are unusual, and come after analysts said it was seeking to manufacture a crisis on the peninsula in an effort to extract concessions.

The South’s unification ministry said it was “closely” and “carefully” reviewing the KCNA report, which said the meeting took place through video conferencing — something the ministry said it believed was a first.

Seoul had retorted with uncharacteristically stern criticism to Pyongyang’s demolition of the liaison office and harsh condemnation of President Moon Jae-in by Kim’s sister Kim Yo Jong, saying it will “no longer tolerate” the North’s “unreasonable acts and words”.

Inter-Korean relations have been in a deep freeze following the collapse of a summit in Hanoi between Kim and US President Donald Trump early last year over what the nuclear-armed North would be willing to give up in exchange for a loosening of sanctions.

The impoverished country is subject to multiple UN Security Council sanctions over its banned weapons programmes.

But the CMC meeting discussed “bolstering the war deterrent”, KCNA said, and Leif-Eric Easley, a professor at Ewha University in Seoul, told AFP it was “by no means done threatening South Korea”.

Since early June, Kim Yo Jong — a key adviser to her brother, and mooted as potential successor — has been the face of Pyongyang’s highly aggressive stance toward the South over anti-North leaflets.

North Korea blew up the liaison office days after she warned it would soon be seen “completely collapsed”, and later she called the South’s Moon — who has long favoured engagement with Pyongyang — “disgusting” and apparently “insane”.

Pyongyang has also said it has millions of anti-Seoul propaganda leaflets ready to send to South Korea as retaliation.

Having someone else speak for the regime “gives Kim Jong Un the option of adjusting course”, said Easley.

Former US government North Korea analyst Rachel Lee added that Kim’s sister had been “a constant presence in all high-level exchanges between the two Koreas throughout 2018”.

“Bringing out Kim Yo Jong this way certainly was effective in maximising tensions,” she said.