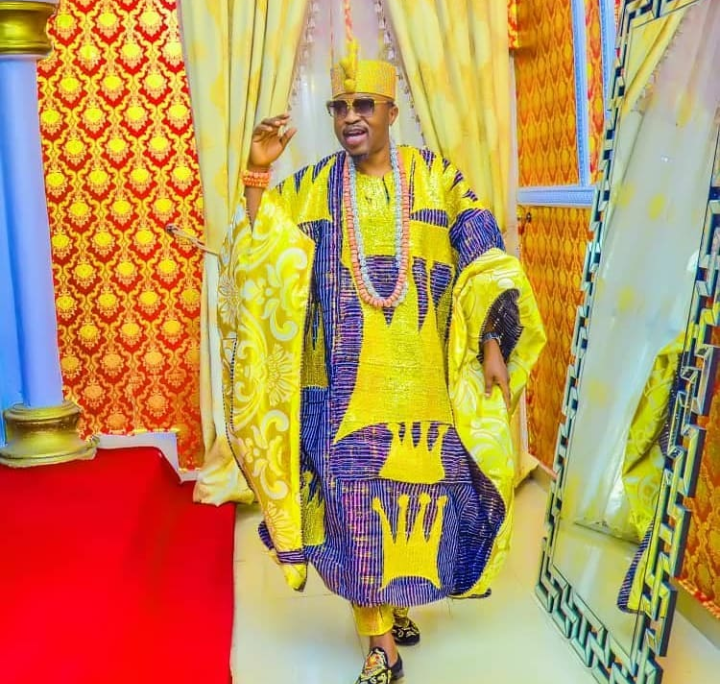 A document has emerged that Oba Akanbi was deported from the US to Nigeria after his conviction for an aggravated felony which carries a maximum penalty of 20 years in prison.

The Oluwo of Iwoland, Oba Abdulrasheed Akanbi, is facing one of his toughest times on the throne as his subjects have not only turned against him but also demanded his immediate dethronement over various infractions.

In a letter to the Osun State Government dated June 17, 2020, the Association of Iwoland Indigenes in Diaspora through their lawyer, Peter Adeosun, raised a number of allegations against the monarch, calling for his removal for gross abuse of office.

They said Oba Akanbi’s character did not befit a person of his status and calibre as he always moved around with armed thugs, miscreants and hoodlums to harass, intimidate, molest and attack persons whom he perceives as enemies.

“Your Excellency, it is our brief as evidenced by various correspondences made available to us by our clients that Oluwo Abdulrasheed Akanbi has been conducting himself in manners which are antithetical to that of a monarch in any clime and very unbecoming of a Yoruba Oba.

“It is therefore disheartening to our clients that the Oluwo of Iwo, Oba Abdulrasheed Akanbi (hereinafter referred to as Oba Akanbi), a Yoruba king who is supposed to be the custodian of Iwo culture and values has been misrepresenting the interest of Iwoland and this is becoming rather shameful,” the lawyer wrote to the state governor. The Iwo indigenes also accused Oba Akanbi of being an ex-convict, who served time in United States jail for credit card fraud, drug trafficking among other criminal acts.

READ  Lawyer: Sunday Igboho’s Funding Can Not Be Stopped By Closing Cryptocurrency Accounts

In a separate letter to the traditional ruler in response to the one received from the Iwo indigenes association, Attorney-General and Commissioner for Justice of Osun State, Oluwafemi Akande, asked Oba Akanbi to react to the allegations raised by his people before the next line of action was determined.

SaharaReporters gathered that the development has since sent the young and flamboyant monarch into panic especially after his style of leadership and mode of operation became a source of concern for some members of the public and indeed fellow traditional rulers across Yorubaland.

In documents seen by SaharaReporters on Wednesday, it emerged that indeed Oba Akanbi was deported from the US to Nigeria in 1999 after his conviction for aggravated felony, an offence that carries a maximum penalty of 20 years in prison and a fine of $250,000 or both.

He was deported after using the name Segun Adewale Adeonigbagbe to enter the United States.

Oba Akanbi again tried to gain entry into America through Peace Bridge land crossing border from Canada but was arrested on March 11, 2011 after using the name Adewale Akanbi with June 21, 1967 as his date of birth.

He was subsequently held and committed to prison custody until December 19, 2011 when he was deported to Canada where he has a resident permit.

“On about March 11, 2011, in the Western District of New York, the defendant, Segun Adewale Adeonigbagbe aka Prince Adewale Akanbi, an alien who had previously been deported and removed from the United States on or about May 18, 1999, subsequent to a conviction for commission of an aggravated felony, did enter, attempt to enter and was voluntarily present and found in the United States without having first obtained the express consent of the Attorney-General of the United States or his successor, the Secretary for Homeland Security, to reapply for admission to the United States.