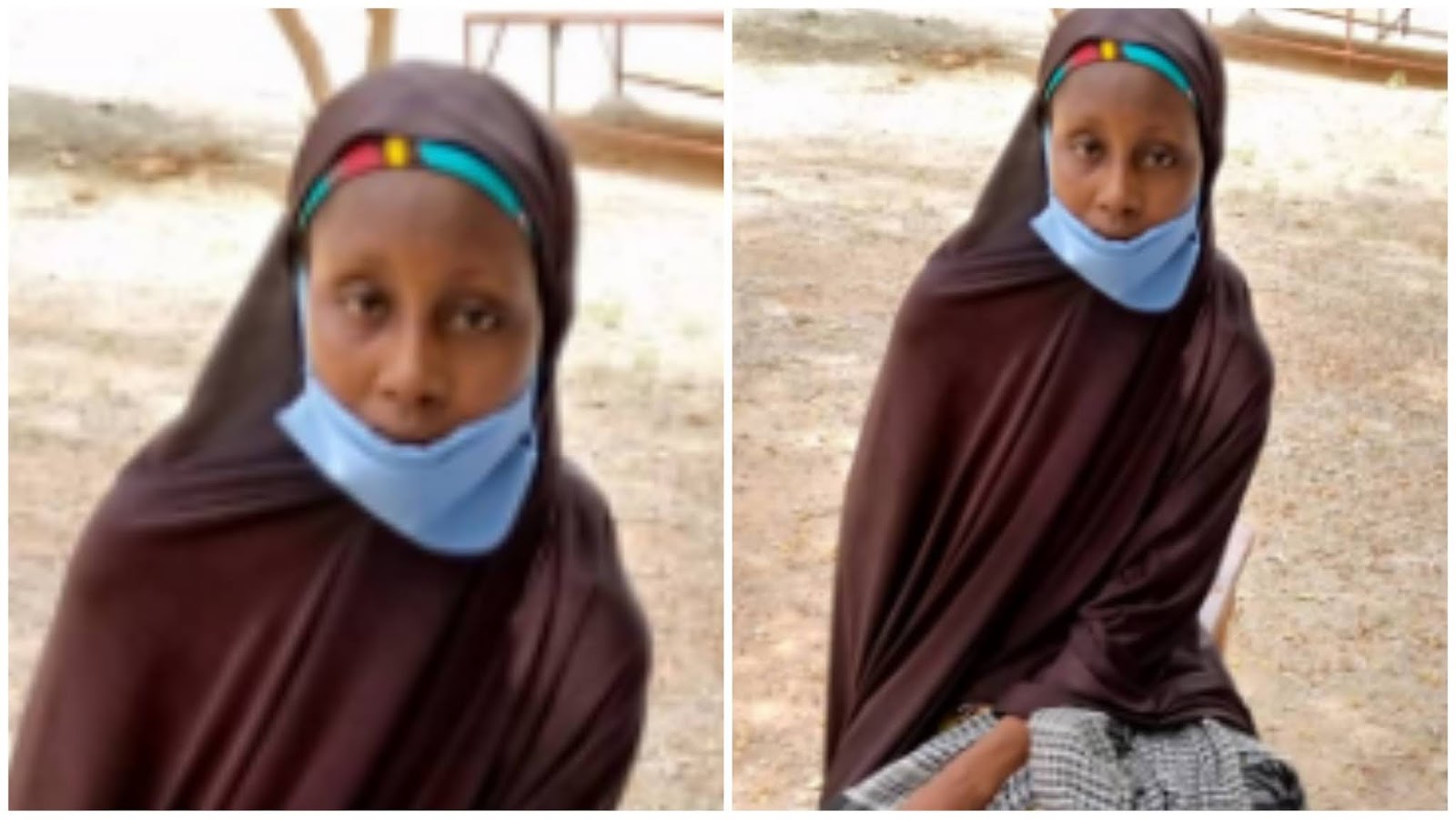 A 20-year-old housewife, Murja Ibrahim, pictured above, has been arrested for allegedly poisoning her eight-year-old stepson.

The spokesperson of the Katsina state police command, Gambo Isah, in a statement stated that on June 19, one Ibrahim Sani of Jidadi village in Dandume LGA of the state, reported at Dandume Police Division, that his second wife, Murja, poisoned his son Habibu Ibrahim who was aged 8yrs.

Isah said a team of detectives visited the scene and moved the body of the little boy to General Hospital, Funtua where he was confirmed dead by the attending physician.

The spokesperson added that the suspect has been arrested and is assisting the police in their investigation.

In other news, just recently, a father of a 17-year-old teenager who was allegedly gang raped ran away with his daughter in Ilorin Magistrate Court, Kwara.

The father brought the girl to court so that she could testify against her cousin, Omotosho Yahaya and two others who allegedly conspired to abuse her sexually.

Police First Information Report (FIR) had revealed that the first defendant, (Yahaya) allegedly lured her cousin to his friend’s house; Mustapha Ridwan and Mustapha Ahmed where they committed the crime.