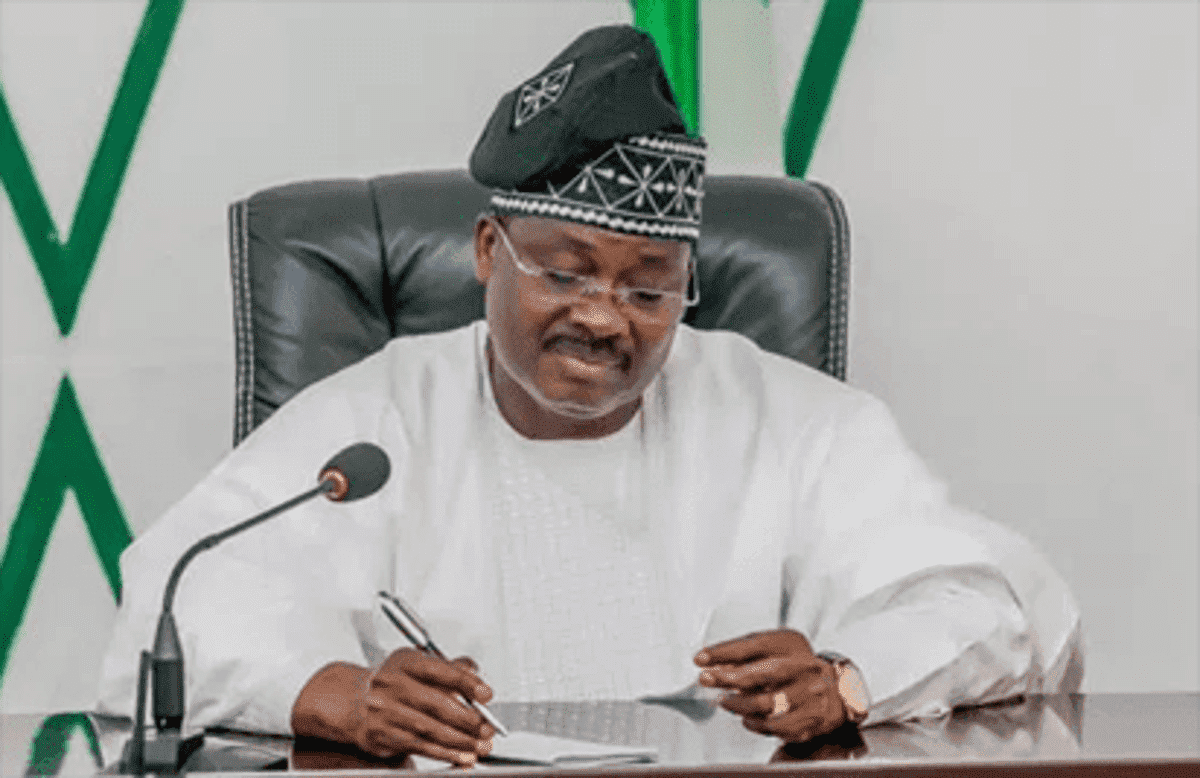 Ajimobi was rushed to the hospital weeks ago after his health deteriorated significantly and soon slipped into a deep coma he never recovered from until he passed away on Thursday.

The last days of former Oyo State governor, Abiola Ajimobi, who died on Thursday at First Cardiology Hospital in Lagos following Coronavirus complications, were devoid of peace as he was defrauded of N50m right on his sickbed.

Ajimobi was rushed to the hospital weeks ago after his health deteriorated significantly and soon slipped into a deep coma he never recovered from until he passed away on Thursday.

In the period doctors were battling to save his life at the Lagos hospital, family members desperate to keep him alive reached out to a handful of Nigerians they knew abroad to help get a sizeable quantity of Remivir to be administered on him.

Manufactured in Bangladesh, the antiviral drug was previously tested in humans with Ebola virus disease and has shown promise in treating severe acute respiratory syndrome (SARS) caused by Coronavirus, according to United States National Institutes of Health.

First, the assignment for the search for the drug was given to a Nigerian in Texas, United States, to see if he could help get it.

After days of contacting several trusted persons for the ‘project’, he gave up the search as the tight monitoring of the drug by the US government made it almost impossible for it to be moved out of hospitals.

The $50,000 paid was returned after another search for the drug in a hospital in Los Angeles, California, did not also materialise.

The hospitals contacted had only limited dose of the drugs, which is closely monitored by the US authorities desperate to stop the rising number of deaths related to Coronavirus.

After failing to get the drug in the US, members of Ajimobi circle turned attention to Bangladesh were it is being produced.

A Nigerian assured them of getting the needed quantity of Remivir to administer on the ex-Oyo governor and help save his life.

Subsequently, a jet and N50m was dispatched to the Asian country for the purchase and delivery but sadly the drugs procured by the Nigerian man was all fake.

He pocketed large chunk of the money and left the former governor to battle for his life at the Lagos hospital where for at least one week he was on a life support machine before he eventually died.

“All our guys here in the United States couldn’t risk it because of the war act invoked by President Donald Trump that the drug should not get out of America.

“It is something I was involved in from the beginning. In fact, we gave $50,000 to one of our Nigerian guy who is a doctor in Los Angeles but he returned the money. He said the hospital had only 100 dose and everything was monitored on how it is used.

“But one Nigerian guy defrauded them after claiming he could get it in Bangladesh.

“They sent a flight and paid about N50m but the drug they got from him was fake,” one of those privy to the search for the drugs told SaharaReporters.

It was gathered that the disappointment from that development further added to the pain of those close to the former governor, who passed away at the age of 70 on Thursday.