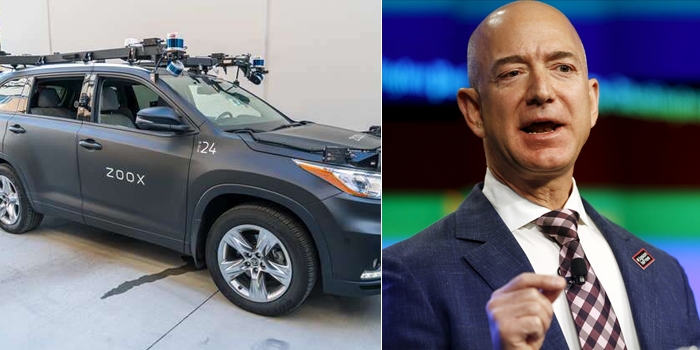 Amazon will be acquiring self-driving car startup, Zoox in a deal worth over $1.2 billion.

This new deal would give Amazon control over the 1,000-person startup; and Zoox has been working on an electric self-driving vehicle. This would be Amazon’s biggest investment yet in self-driving car technology; as well as one of the biggest purchases. Amazon’s plan for the technology company however remains unclear.

The news report has it that it could be used for independent deliveries like a drone; also robot; delivery projects; while the acquisition will be used for the production of an independent ride-hailing fleet; to go head to head with the likes of Alphabet’s Waymo.

Zoox has been working on a bi-direction vehicle with no steering wheel or front or back end; which allows you to travel comfortably in either direction which the company said would be tested in 2020.

Amazon is expected to let Zoox run as an independent subsidiary; after the purchase which is similar to the way Twitch operates. Amazon will be spending billions to bring Zoox’s vehicle to the market.

This is not the first time Amazon has invested in self-driving car technology. Just last year, it took part in a funding round for Aurora Innovation, an independent tech startup directed by the former head of Google’s self-driving car project.