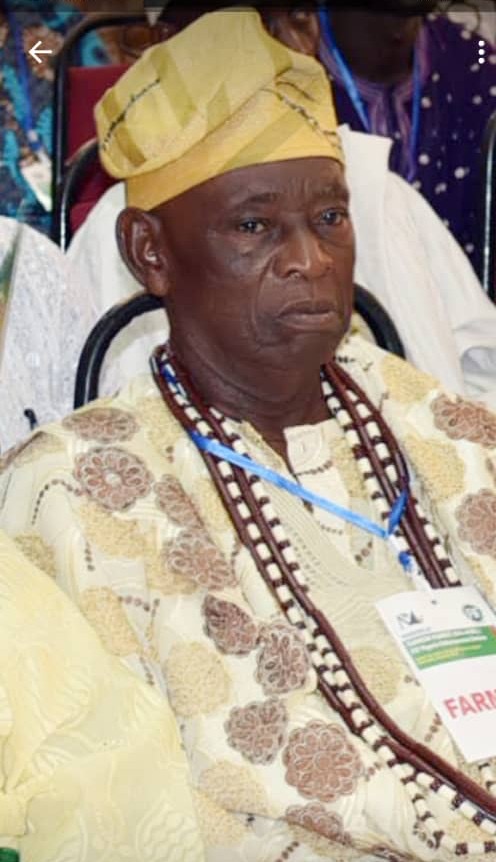 He died in the early hours of Sunday at Baptist hospital, Ogbomoso, during a brief illness.

One of his children, Alhaji Sikiru Adekunle, who confirmed the news of his death to Newsmen on Sunday morning, said: “ Baba was taken to Baptist Hospital, Ogbomoso, on Saturday, but he died around 1:47 am today, Sunday, June 28, 2020, while receiving medical attention at the of age 88.”

The secretary of Baale Agbe in council, Alhaji Abdulahi Kasali, also informed that the Oyo Ministry of Agriculture and Rural Development had been informed through the Director of Planning, Research and Statistics, Mr. R. I Oyeranmi.

Oyo State Farmers Ambassador, Chief Azeez Maboreje, also confirmed the news when contacted said: “ the last time I saw him was on Wednesday, at the federal government’s flag off program for planting season and input distribution at Moore Plantation in Ibadan.”

Maboreje, while sympathizing with the immediate family of the deceased and farmers in Oyo State, said: “Baba Alagbon was a great pillar to farmers in the state and the vacuum he left behind will be very difficult to fill.”

His remains would be interred by 4 pm today, according to Islamic rites, at his Oyo residence, Ile Ofemo, Isale Bashorun, Adeshina Area, Oyo town.