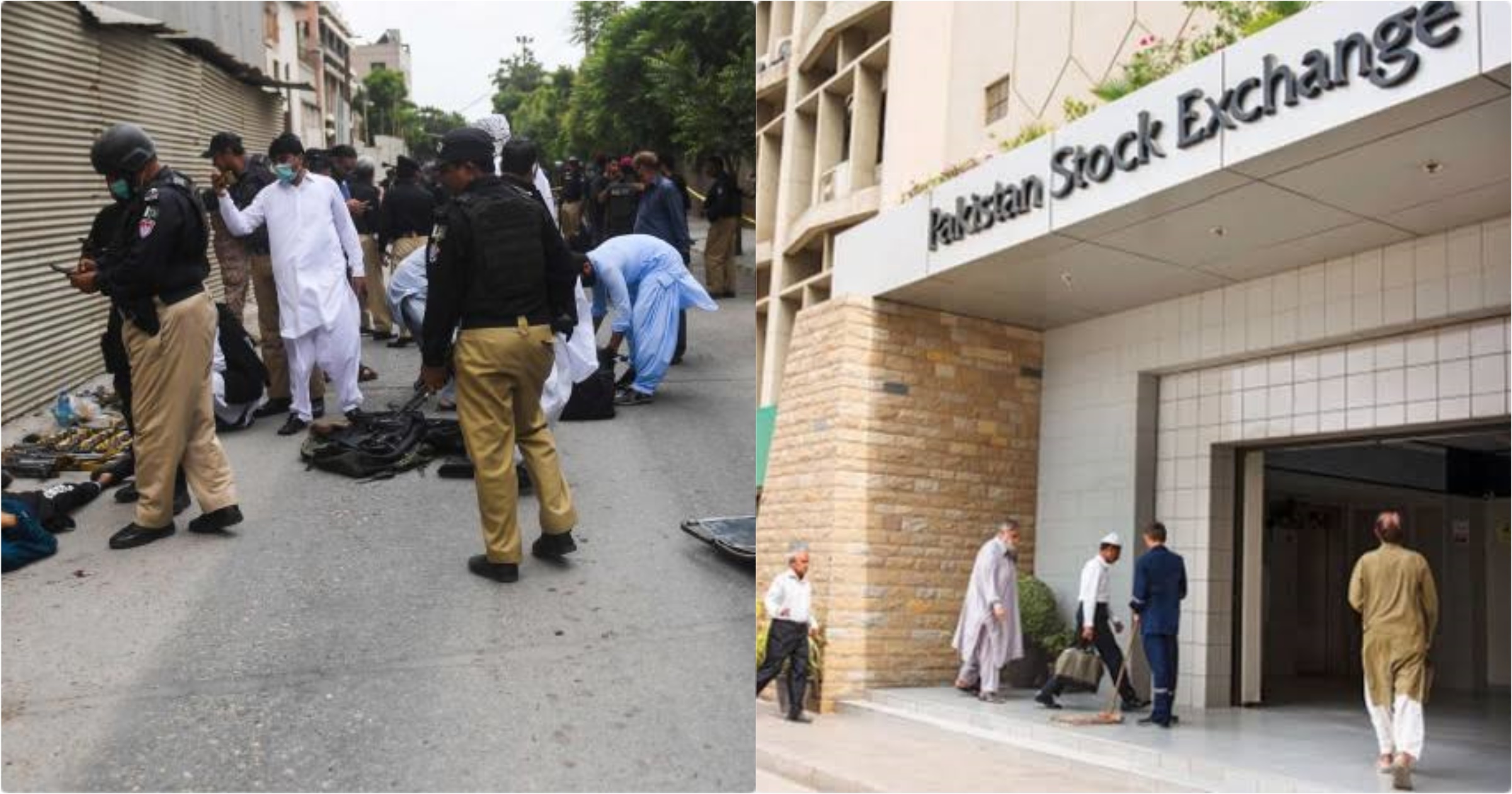 Karachi police chief Ghulam Nabi Memon said the attackers pulled up in a car outside the trading floor and hurled a grenade at the building before opening fire.

“Four attackers have been killed,” he added.

Karachi was once a hotspot for crime and political and ethnic violence in Pakistan, with heavily armed groups tied to politicians frequently gunning down opponents and launching attacks on residential areas.

However, the situation has largely stabilised in recent years following operations by security agencies against armed political outfits and Islamist militants.

The operations were coupled with a series of large-scale military offensives targeting homegrown insurgents as well as Taliban and Al-Qaeda-linked militants — often based near the lawless border with Afghanistan.

Militant groups however still retain the ability to launch periodic attacks in many rurals areas of the country.

Monday’s attack comes more than a week after a grenade was thrown at a line of people waiting outside a government welfare office in the city, killing one and injuring eight others, according to a statement from municipal authorities.

In 2018, separatist militants launched a brazen daylight attack on the Chinese consulate in Karachi that killed four people.