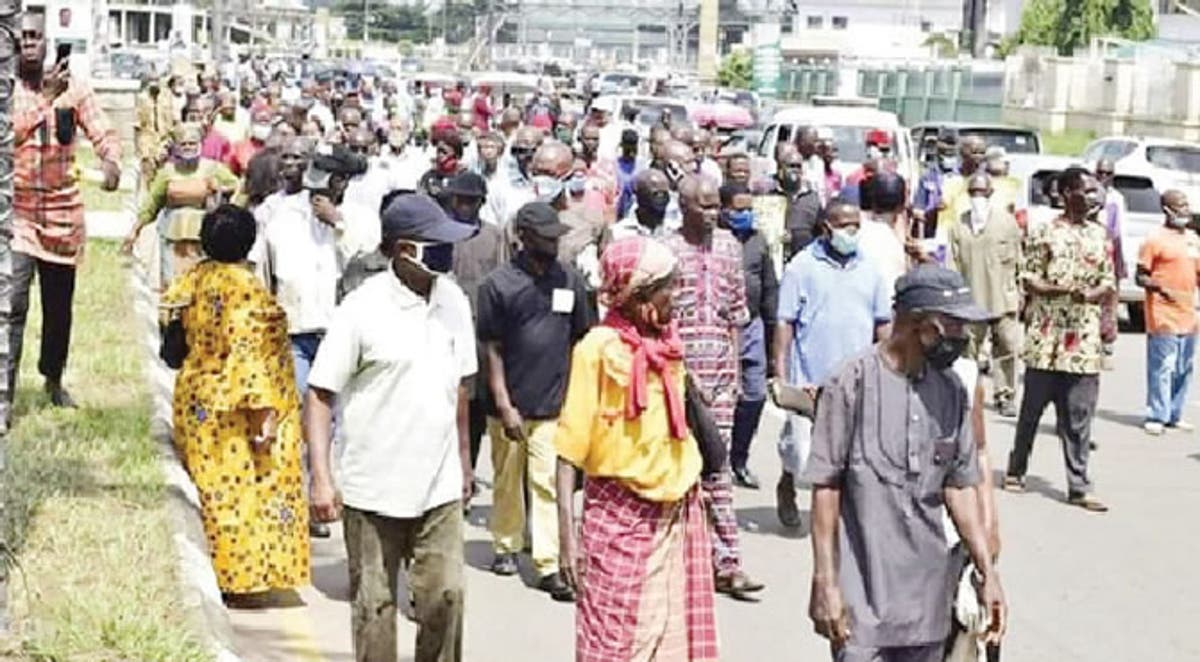 Retirees again on Tuesday blocked some roads in Owerri, the Imo State capital, in protest against their four-month unpaid pensions and gratuities.

The retirees had last week Tuesday blocked the Government House entrance during a protest march.

The Secretary to the State Government, Cosmas Iwu, had promised the pensioners that the state government would commence the payment of the pensions and gratuities before last Friday.

But the government’s inability to commence the payment made the senior citizens to take to the streets on Tuesday.

The pensioners shut the Government House and the adjourning streets while singing solidarity songs.

They also gave Governor Hope Uzodinmma a seven-day ultimatum to pay the four-month arrears or face their wrath.

They also threatened to occupy the Government House if the government failed to pay them at the expiration of the ultimatum next week Tuesday.

The Secretary of the Pension Intervention Committee of the Nigeria Union of Pensioners, Imo State chapter, Maurice Amaechi, who addressed journalists, said the retirees were protesting again to compel the governor to pay their entitlements.

Amaechi said, “We, the Imo pensioners, are here again to tell Governor Hope Uzodinmma to pay us our money. It is our money and it is not a gift. Last week Tuesday, the Secretary to the State Government, Chief Cosmos Iwu, said we would be paid last Friday, but the Commissioner for Information later said on radio that the government did not owe any pensioner. It was then that we knew that the governor was playing games with us.

“We are giving the governor seven days to pay us our four-month arrears, and if we are not paid, he should expect us again.”

The Chairman, Pensions Intervention Committee, NUP, Ohanaeje Ike, warned that if they retirees did not receive their pensions before next Tuesday, they would occupy the Government House.