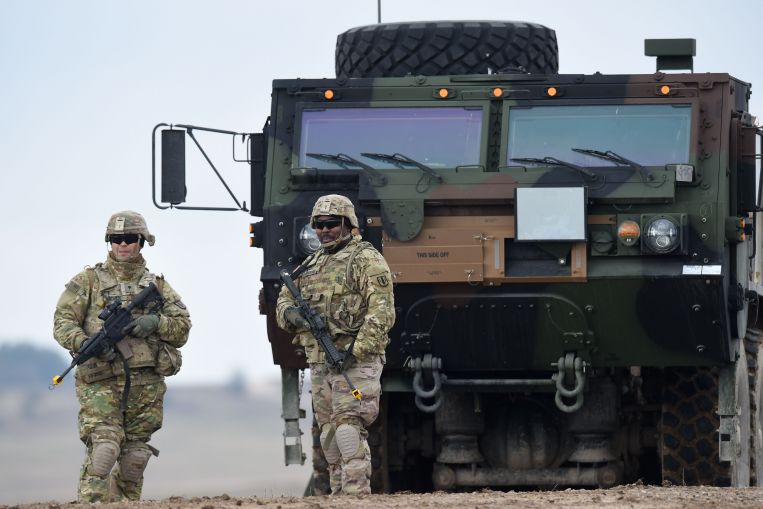 President Donald Trump has approved a plan to slash the US military presence in Germany by 9,500 troops, the Defense Department said Tuesday.

Pentagon spokesman Jonathan Hoffman said the move, which has sparked concerns in Berlin and in the NATO alliance, is to redeploy the troops and will “enhance Russian deterrence, strengthen NATO, (and) reassure allies,” as well as improving US strategic flexibility.

Hoffmann gave no details on when the reductions would happen or whether the troops would be redeployed to another NATO country.

He said the Pentagon will brief Congress on the plan “in the coming weeks” and then consult allies in the North Atlantic Treaty Organization “on the way forward.”

Pentagon officials say that if the reduction takes place, some of the troops could be sent to former Eastern Bloc countries — some on a permanent basis but most in short-term rotations — to send a message to Moscow.

Worries about possible Russian expansionism surged in NATO countries after Moscow sent troops in 2014 to seize the Crimea region from Ukraine.

While Polish leader Andrzej Duda visited Washington last week, Trump said some of the US troops could go to Poland.

Trump said earlier this month he was cutting troops due to unhappiness with Germany.

On June 15, two weeks after Chancellor Angela Merkel said she would not attend a Trump-planned G7 summit because of the coronavirus pandemic, Trump complained Berlin is not spending enough on its own defense and treats the United States “badly” on trade.

“We’re negotiating with them on that, but right now I’m not satisfied with the deal they want to make. They’ve cost the United States hundreds of billions of dollars over the years on trade, so we get hurt on trade and we get hurt on NATO.”

“It’s a tremendous cost to the United States,” he said. “So we’re removing a number down to, we’re putting the number down to 25,000 soldiers.”