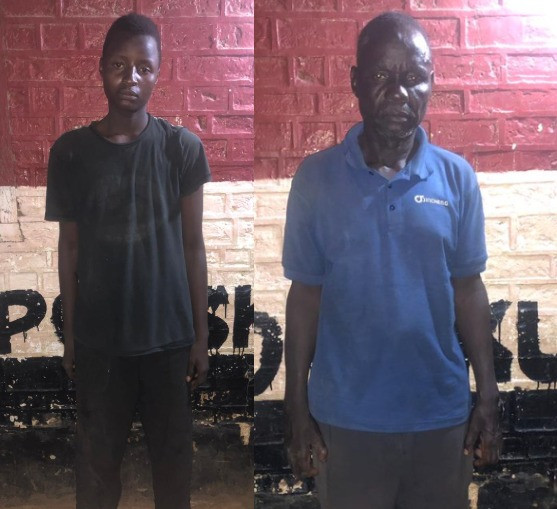 Barely 24 hours after the family members of a raped eight-year-old girl claimed that an NSCDC officer was perverting the course of justice for their daughter in Yobe, the Nigerian Security and Civil Defence Corps has reacted to claims made by the family members.

Recall that the family members staged a protest on Wednesday, July 1 where they stated that their eight-year-old daughter was raped several times in Potiskum, Yobe State, by two men, 50-year-old Baffa Ado (50 years) and Usman Musa Lampo (20 years).

According to the family members, the suspects are being protected by the Potiskum Divisional Officer of the Nigerian Security and Civil Defence Corps, Bala Habule.

The family members also alleged that Habule has repeatedly refused to hand over the two arrested suspects to the police for proper prosecution.

They also claimed the NSCDC official has been threatening to deal with them if they continue to cry for justice.

Reacting to the allegations leveled by the family members via its Twitter handle on Thursday July 2, the NSCDC says it has begun an investigation into the matter and would ensure justice is served.

The agency added that it is carrying out a detailed investigation into the matter and that the suspects are still in their custody.

The above case is currently bn handling by the Corps and investigation is ongoing. We are Civil Defence and not others, we don’t rush cases but thorough investigation in order to get our facts and secure justice for the involving parties.

After we are done with our preliminary findings at the division level where the case was reported, it shall be forwarded to NSCDC Yobe State Headquarters where it shall be concluded and forward to the office of the Director Public Prosecution, Ministry of Justice for proper documentation and prepare for the prosecution at the State High Court in Damaturu. The suspects are currently in our custody; below are their pictures.

Please bear with us and give us necessary support while the investigation continues.