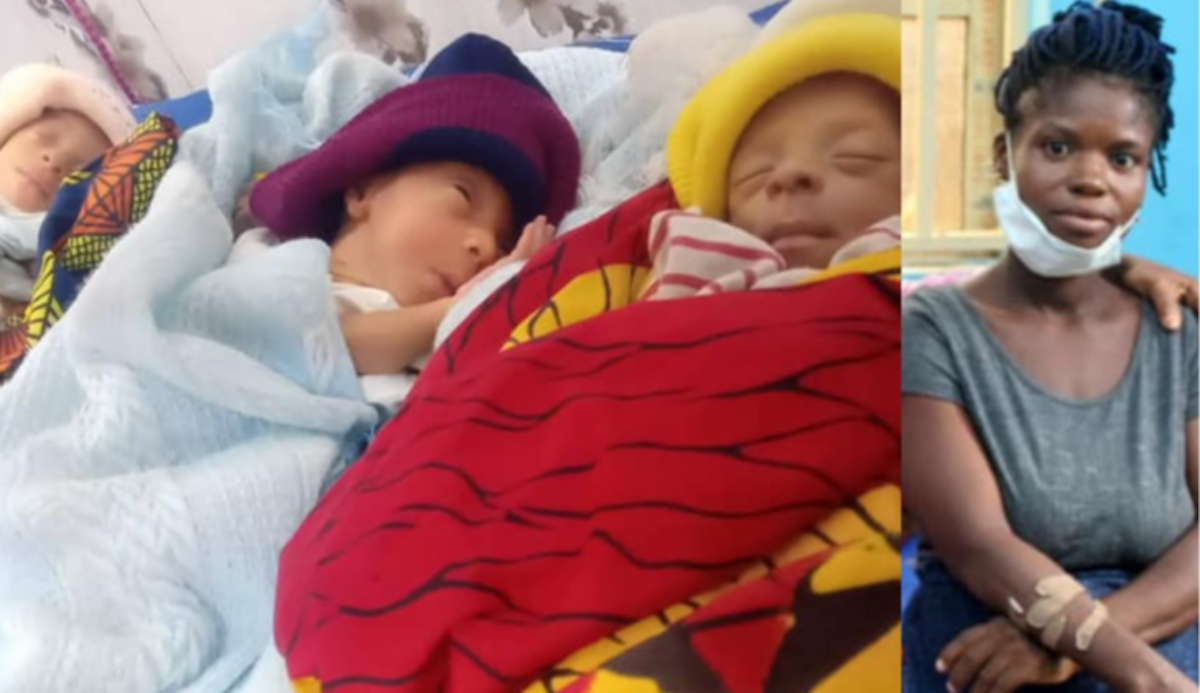 A 20-year-old woman who was allegedly raped while selling fruits has reportedly given birth to triplets in Imo state.

The street hawker identified as Nkechi Ezenwa also narrated how she detected at the point of delivery that she was having more than one child.

The 20-year-old street hawker who is a native of Umuna Ubommiri in Mbaitoli LGA, Imo State said she was raped while selling bananas and she got pregnant.

Nkechi reportedly went into labor and was rushed to the nearest health centre in her neighbourhood on June 14, 2020.

Ezenwa said she was delivered of a baby boy at the health center. After her son was born, they discovered there were more babies and she needed to be operated on.

She was rushed to another hospital where two more babies were delivered via caesarean section.

The street hawker who was raped now turned mother of triplet has not cleared her medical bills and she has appealed to prominent Nigerians and philanthropists to assist her financially.

The details of the hospital where the triplets were born and the processes involve in donation have been shared by a Facebook user identified as Chidiebube Okeoma.