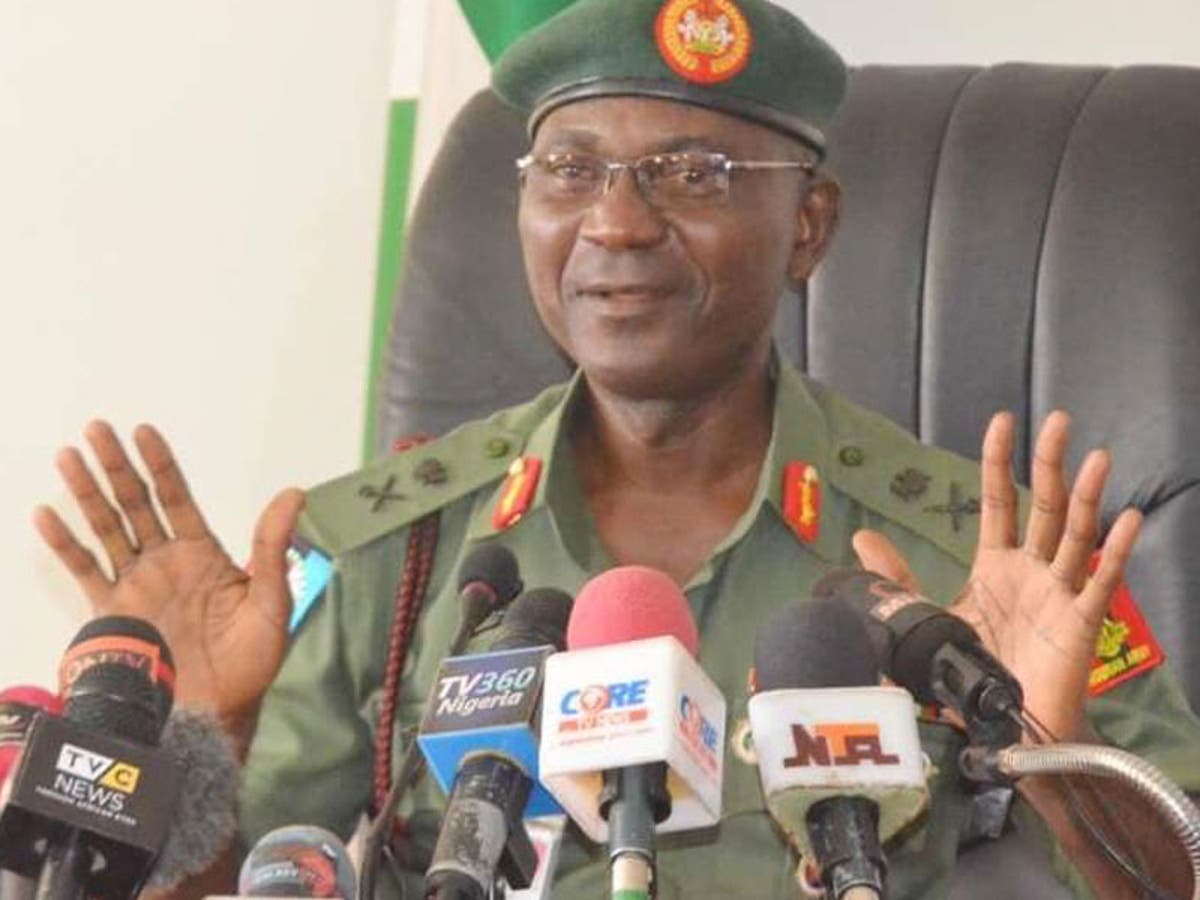 The Nigerian Army has disclosed that it is not its responsibility to expose sponsors of Boko Haram insurgents.

This disclosure was made by the Coordinator of Defence Media Operations, Major General John Enenche on Thursday, July 2 while addressing journalists.

Major General John Enenche said although the army is aware that some groups are being sponsored, it is not its responsibility to expose the sponsors of the terror group.

According to Enenche, it is the responsibility of the National Intelligence Agency (NIA) and the Department of State Services (DSS) to find out and disclose the identities of those sponsoring the terrorist groups.

“The kind of weapons these terrorists are using like the gun truck and other sophisticated weapons are expensive and how much are they stealing to procure those arms, that have to say that they are sponsored and heavily funded,” he said.

But like I said, it is not the duty of the military to uncover the sponsors. Our duty is to remain in the frontline and defeat terrorism and other criminality and that is what we are doing.

We have the National Intelligence Agency (NIA) and the Department of State Security (DSS), it is their responsibility to gather intelligence on the sponsors of the terrorist sand not the military.” Enenche said

He added that the Nigerian Army has made tremendous success in the fight against insecurity.

“In the north-east, troops of Operation LAFIYA DOLE (OPLD) recorded commendable results in the past two weeks. During the period under review, troops conducted several operations at various locations, which led to the neutralization of terrorists, destruction of their equipment and structures as well as recovery of various items.

Between 18 and 30 June 2020, the air task force of OPLD conducted intensive airstrikes to mark the launching of its subsidiary operation LONG REACH along the fringes of the Sambisa Forest in Borno state following concerted intelligence surveillance reconnaissance missions.

The air operations led to the destruction of a BHT tactical command centre housing some of their high-value leaders and neutralized several of their fighters at Garin Maloma and Yuwe villages. Additionally, airstrikes conducted at Buka Korege, Bula Bello, Ngoske, Tongule, Bukar Meram and Warshale Villages led to the destruction of several BHT locations and gun trucks while scores of fighters were effectively neutralized.”Enenche said.