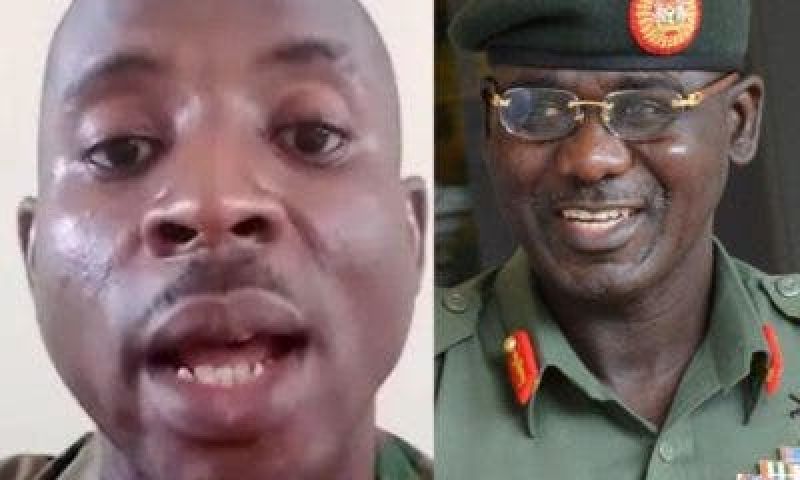 The Nigerian Army has released Victoria Idakpini, the detained wife of Lance Corporal Martins Idakpani who criticised Buratai and other security chiefs, nine days after she was arrested.

Mrs Victoria was arrested on the 24th of June; after the arrest of her husband who criticised Buratai.

Her husband called out the Chief of Army Staff, Lt General Tukur Buratai, in a viral video over the handling of the Boko Haram terrorists.

The army had arrested him after the release of his video; just as he hinted on.

They also arrested his wife after she granted a media interview, calling for the release of her husband.

Sources said she was locked up in a military guardroom and her phone was confiscated.

According to reports, her release came after a human rights lawyer, Tope Akinyode, resolved to institute a lawsuit against the Nigerian Army over the illegal detainment of the couple, leaving behind their three children.

In other news, the Nigerian Army has disclosed that it is not its responsibility to expose sponsors of Boko Haram insurgents. This disclosure was made by the Coordinator of Defence Media Operations, Major General John Enenche on Thursday, July 2 while addressing newsmen.