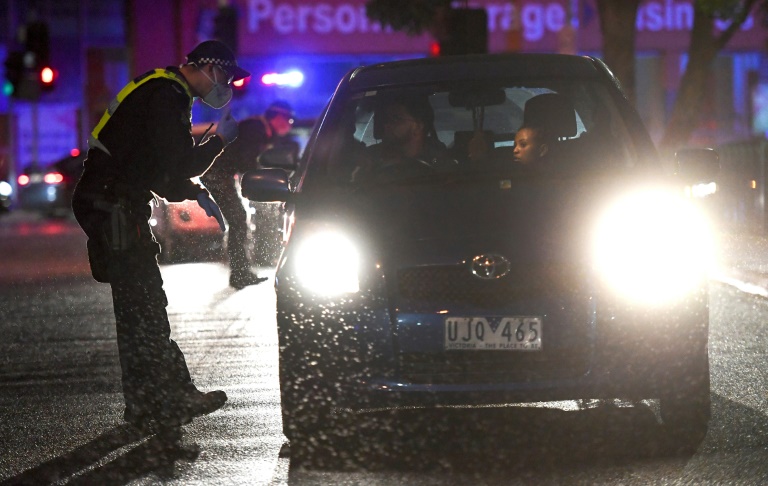 Australia will effectively seal off the state of Victoria from the rest of the country, authorities said Monday, announcing unprecedented measures to tackle a worrying surge in coronavirus cases.
For the first time since the epidemic began, the border between Australia’s two most populous states — Victoria and New South Wales — will be closed overnight Tuesday, officials from both states said.

Home to more than 6.6 million people, Victoria announced a record 127 new cases Monday as the virus spread through Melbourne — including a cluster in several densely populated apartment blocks.

Victorian Premier Daniel Andrews described the decision to close off the state as “the smart call, the right call at this time, given the significant challenges we face in containing this virus”.

Police said they will use “drones and other aerial surveillance” to patrol the vast border, with large fines and up to six months in jail for people who breach the order.

Plans to reopen Victoria’s border with South Australia have already been put on ice.

After weeks of easing virus restrictions, Melbourne has seen a huge spike in community transmission, leading health officials to effectively shut off some neighbourhoods to the rest of the city until the end of July.

Sixteen of the new cases were detected in nine high-rise public housing towers, where 3,000 residents were locked in their homes on Saturday in Australia’s strictest coronavirus response to date.

So far, a total of 53 cases have been recorded in the buildings, which are home to a large number of vulnerable migrants.

There are concerns the virus could spread rapidly, with one health official likening the crowded conditions inside to “vertical cruise ships” — a reference to high transmission rates seen on ocean liners.

Community leaders have raised concerns about the targeted nature of the “hard lockdown”, which saw hundreds of police officers deployed with almost no warning, leaving some residents with little time to stock up on essentials.

Andrews said food and toys had been delivered to families, while mental health and other medical support was being provided as officials sought to test every resident over the coming days.

“This is a massive task and the message to everybody in the towers… (is) those staff — thousands of them — are doing the very, very best they can and they will continue to do everything they can to support those who are impacted by this lockdown,” he said.

Tensions flared when a man tried to leave one of the towers Monday, sparking a scuffle during which police allege he bit an officer. The 32-year-old was arrested and taken into custody.

Australia has recorded more than 8,500 cases of coronavirus and 106 fatalities from COVID-19, including two deaths in Victoria over the past 24 hours.

The bulk of new daily cases are now being detected in Melbourne, while most other regions are enjoying relaxed restrictions after largely curbing the virus spread.