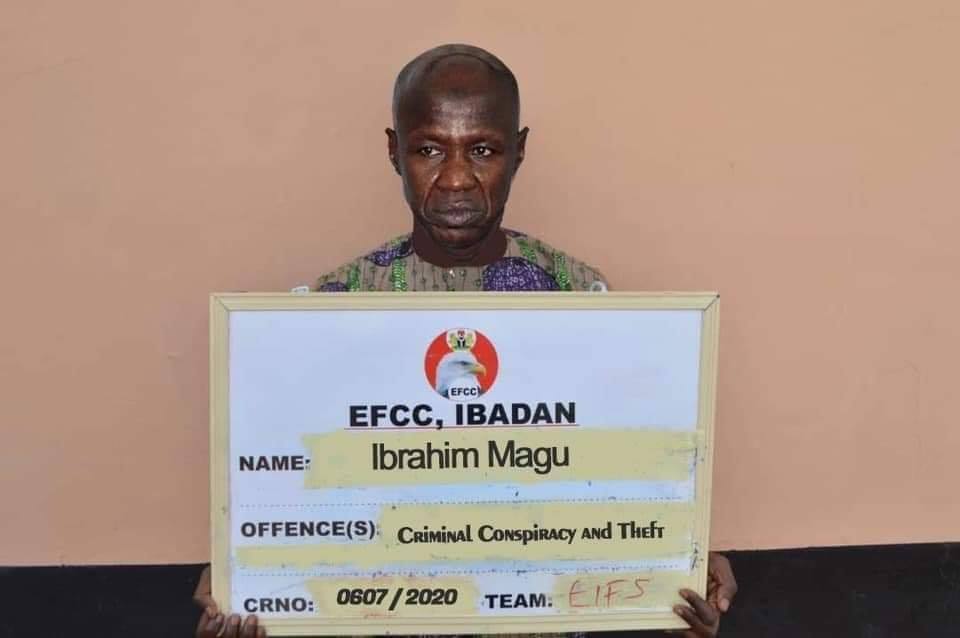 The Department of State Services (DSS) has reportedly arrested the acting Chairman of the Economic and Financial Crimes Commission (EFCC), Mr Ibrahim Magu.

Magu’s S.A. on Media, Tony Amokeodo, told Channels Television on Monday that the EFCC boss was only invited to answer questions regarding the allegations against the agency.

According to him, Magu was invited to appear before a panel of the Federal Government set up to investigate the allegations of corruption levelled against him.

The EFCC boss’ media aide said the panel is sitting at the Banquet Hall of the Presidential Villa in Abuja, the Federal Capital Territory.

Afunanya, in a statement, said the DSS has since been inundated with inquiries over the reported arrest of Magu, adding that the Service has no connection with the incident.