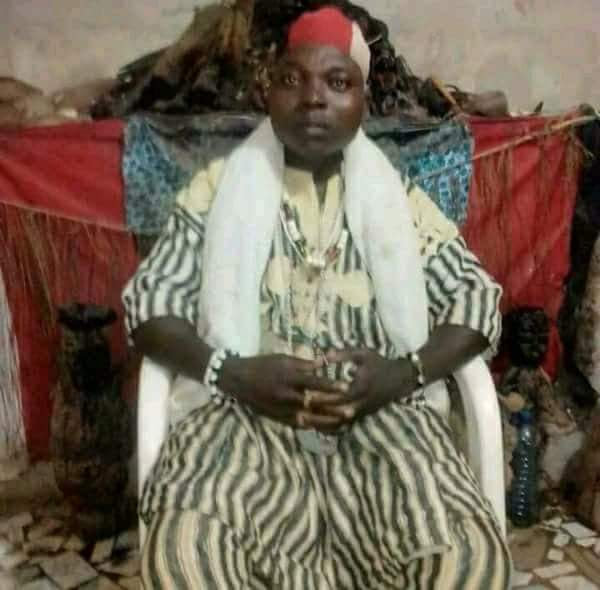 Information shared on 9News Nigeria platform has revealed that Police in Togo has discovered 2,000 human bodies dried like stock fish and another 500 bodies that were allegedly buried alive in shallow graves after raiding Togolese Voodoo witchdoctor’s shrine.

It was gathered that the voodoo witchdoctor has been practicing the act of human rituals for many years resulting to killing and sacrificing of over 5,000 victims in the name of “Money rituals”

According to further details contained in the information, The voodoo witchdoctor from Togo have been patronised by Nigerians especially the Yorubas and others who troupe to his shrine for money rituals.

Police also discovered thousands of skeletons in the witchdoctor’s compound all used for money rituals.

The witchdoctor was working with over 30 servants who were assisting him in the human sacrifices, rituals and disposal of the victims’ bodies as the case may be. Some of the victims’ bodies were dried like stock fish and left in the compound while other decomposing bodies were recovered from shallow graves and some thrown in certain places in the compound of the witchdoctor.

Togolese police got a tip off about the dodgy dealings of the witch doctor and after investigations, raided the compound and apprehended the witchdoctor and his accomplices after making the shocking discoveries.

It was also learnt that over 5,000 patrons mainly Nigerians, Togolese, Beninise and other nationalities were in queue waiting for their turn to get the Money Ritual sacrifice from the voodoo witchdoctor. These people have already paid in money to secure human bodies for their money rituals before police raided the compound.

It is high time government authorities in Nigeria and other Western African countries should interfere in this inhuman and barbaric act that has continued to thrive in the region leaving thousands dead and missing every month.