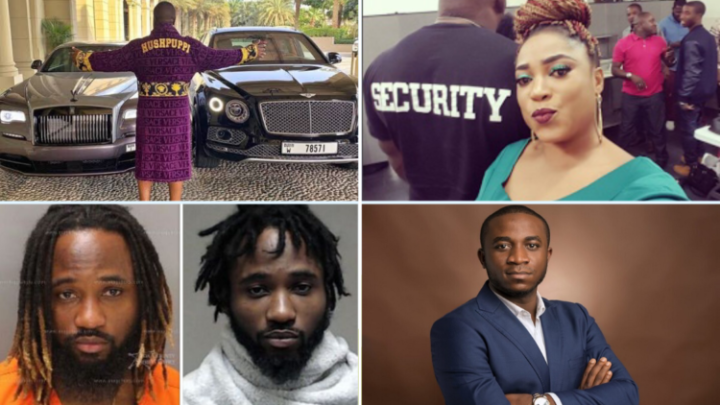 Here are faces of some Nigerians ruining the image of the country after alleged engagement in fraud abroad.

Here is a list of popular Nigeria figures that have been charged and arrested for fraud abroad.

“Not all that glitter is gold”

People most times get fascinated by the lifestyle of wealthy individuals. These individuals who has the most expensive things quickly gets the adoration of many. However, behind the scene of some of these so called wealthy people is an unethical source of money.

This is the case of popular individuals in this write up. They have been arrested and charged abroad for fraud committed.

1. Ramon Olorunwa Abass – better known as Hushpuppi, was arrested by Dubai Police on June 10, 2020. The 38-year-old was referred to the Dubai public prosecution and He had arrived in the United States recently to face criminal charges alleging he conspired to launder hundreds of millions of dollars from business email compromise (BEC) frauds and other scams. 2. Lola Margaret (born Lola Margaret Oladipupo) is a Nigerian actress, film producer and director. She was interrogated in 2017 in the hands of the police in Atlanta, Georgia. This is said to be linked to money laundering.She was reportedly arrested after a huge sum of money was wired into her account and the collection method failed. She has since been released and deported back to Nigeria and considering the gravity of her actions. 3. Babalola Falemi (Sauce Kid) aka SINZU is a Nigerian rapper. In 2017 he was arrested and bagged a 2 year jail sentence for stealing $15,388 using stolen credit card numbers in Boise and Meridian. He has since been released after 2 years behind bars.

READ  Suspected Thug Demola Beaten During Elections In Lagos, To Be Prosecuted 4. Obinwanne Okeke, Invictus Group CEO, who is popularly known as Invictus Obi, was arrested for conspiracy to commit fraud of over $12million at the Dulles International Airport, while leaving the United States in August 2019. The singer was arrested for card fraud, identity fraud (named as Johnson Hunga) and theft (armed and conspiracy).

Krane signed under Hypertek music has a number of hits to his credit and has enjoyed fame in the industry.