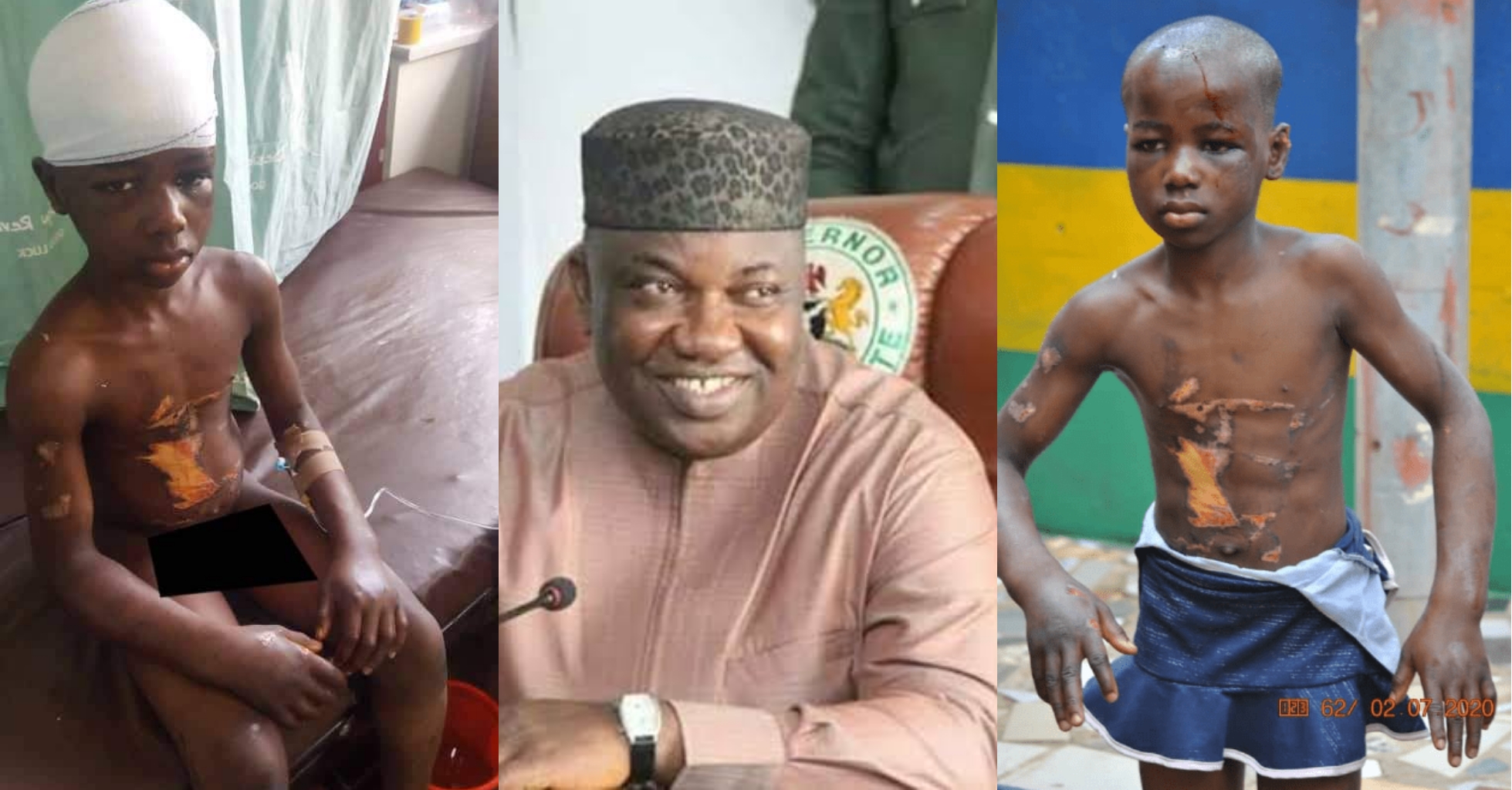 Governor Ifeanyi Ugwuanyi of Enugu, has approved the award of scholarship, up to university level, to 10 year-old Chinonye Nneoma Nnadi, the little girl who was tortured by her guardians, Ifeoma Ozougwu and her husband, Jude Ozougwu.

A statement by the Commissioner for Information, Nnanyelugo Chidi Aroh, Gov. Ugwuanyi directed the state scholarship board to implement the award with immediate effect.

According to Aroh, Governor Ugwuanyi has further directed the immediate release of financial support to the family of the child for their upkeep”.

At present the Enugu government via the State Ministry of Gender Affairs and Social Development is bankrolling the hospital expenses of the poor girl.

Governor Ugwuanyi has told the ministry to find the best available medical care for the child.

Chinonye Nneoma Nnadi was living with the Ozougwus as a maid. But the couple maltreated her.

She had two nails drilled on her skull and hot iron burns on her body. Her plight was reported to the police, which swiftly moved to rescue her.

The police docked the couple today at a magistrates’ court. But while awaiting the advice of the DPP, the couple were sent to jail until the next adjournment in August.

Gov. Ugwuanyi expressed appreciation to the Enugu State Police Command “for their timely and professional intervention”.

He also directed the State Attorney-General and Commissioner for Justice, Chief Miletus Eze to “liaise with the Nigeria Police and ensure that the suspects are brought to justice timely”.