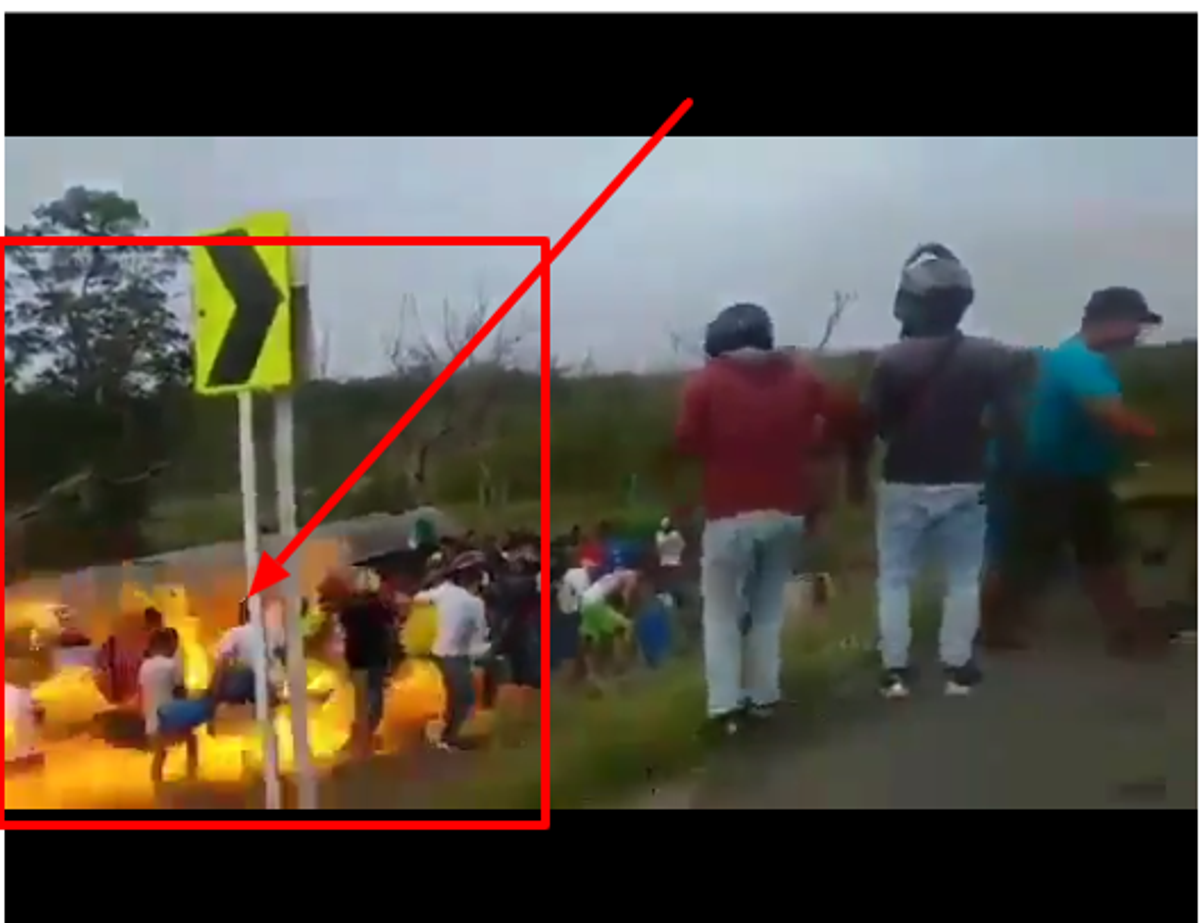 A terrifying video has shown the moment a fallen tanker exploded while people were scooping fuel from it.

A video has surfaced on social media showing the troubling time a fallen fuel tanker exploded while people were scooping fuel from it.

It was gathered that the sad incident occurred in Northern Colombia on Monday, July 6.

Reports have it that at least 7 people were killed while over 50 persons were left injured.

According to reports, the loaded tanker truck was conveying gasoline to a yet to be disclosed destination and crashed on its way.

And while residents trooped to where the tanker fell and were busy scooping spilled fuel, it exploded and went up in flames.