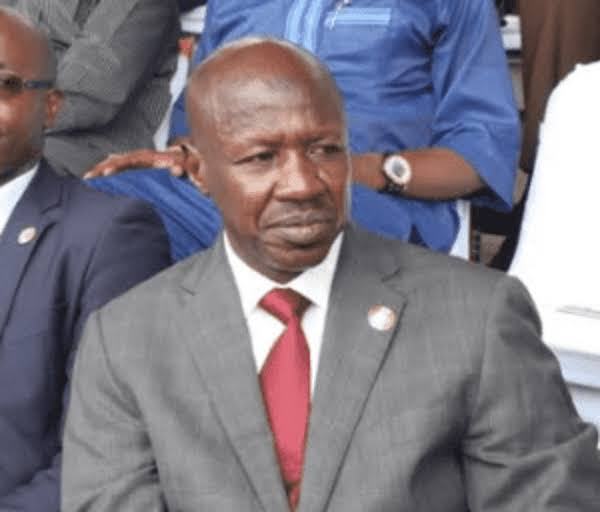 Ibrahim Magu has been recommended for suspension as the acting chairman of the Economic and Financial Crimes Commission (EFCC), TheCable understands.

He appeared before a panel probing allegations of gross misconduct against him on Monday.

The panel is led by Ayo Salami, retired president of the appeal court.

There is yet no official statement to announce the suspension, but TheCable was informed that Magu has failed to answer questions “satisfactorily” before the panel.

Suspensions are usually imposed on chief executives under probe to avoid interference with investigations.

The latest development comes after he was arrested and detained by security operatives in Abuja.

The panel began sitting three weeks ago, but was only able to compel Magu to appear before it on Monday.

Magu’s travails followed a memo by Abubakar Malami, attorney-general of the federation (AGF), in which the suspended anti-graft czar was accused of grave malfeasance.

He was alleged to have mishandled the recovered loot and was selling seized assets to associates. He was also alleged to have refused to subject himself to the supervision of the office of the attorney-general.

Femi Odekunle, a member of the Presidential Advisory Committee Against Corruption (PACAC), had accused Malami of waging a grudge war against Magu.

He said the suspended EFCC chief is a victim of a power-play at the presidency.

But the presidential panel disclaimed the statement, saying Odekunle only spoke for himself.

In 2016, the senate declined to confirm the appointment of Magu over a Department of State Services (DSS) report which indicted him of corruption.