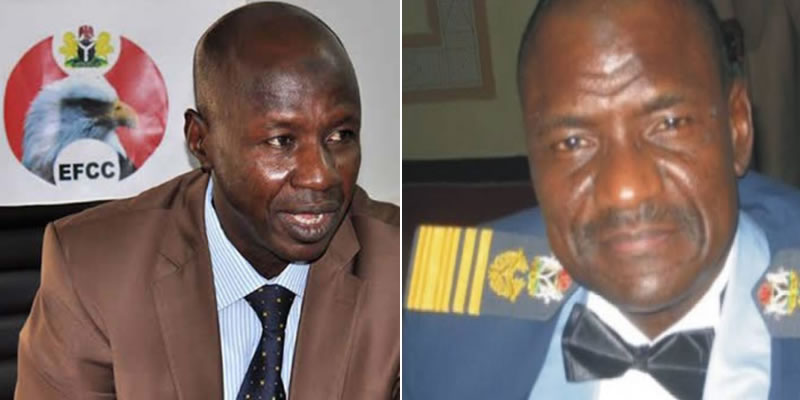 The Head of Operations at the Economic and Financial Crimes Commission, Mohammed Umar, has resumed as the acting chairman of the agency.

Umar was picked to oversee the affairs of the agency in the absence of Magu.

A top official of the commission disclosed this to the News Agency of Nigeria (NAN) in Abuja on Tuesday.

The source, who pleaded anonymity disclosed that Umar was chosen by the “EFCC’s hierarchy” following the reported suspension of Magu.

The official, however, said that the commission had not received any official communication on the reported suspension.

On Monday, Magu was picked up by security operatives said to be from the Department of State Services, DSS, and taken to the Presidential Villa, Abuja as part of the ongoing investigation.

EFCC’s Head of Media and Publicity, Dele Oyewale, however, said Magu was only invited for questioning.

The embattled acting chairman is being interrogated by a presidential panel set up to probe allegations of gross misconduct against him.

Magu appeared before the Ayo Salami-led panel on Monday before he was reportedly taken into police custody.