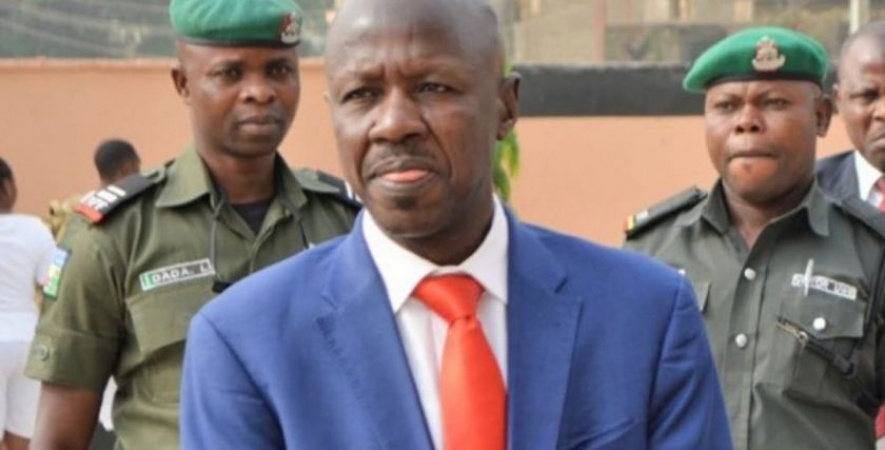 The search, a source said was part of the investigation into the activities of the anti-corruption commission under Magu, who was appointed by President Muhammadu Buhari on November 9, 2015.

The embattled Magu was on Monday “arrested” by security operatives to face the presidential investigative panel, led by a former President of the Court of Appeal, retired Justice Ayo Salami, over some allegations levelled against him by the Attorney-General of the Federation (AGF) and Minister of Justice, Abubakar Malami SAN, in a memo to President Buhari.

The Justice Salami-led panel, it was learnt, has representatives of the police, Office of the National Security Adviser (ONSA), the Department of State Services (DSS), among others.

The memo raised by Malami has some damning allegations against Magu, who was alleged, among other allegations, of insubordination to the AGF, ‘relooting of recovered loots’ and Sale of seized assets to cronies, associates and friends.

After facing the panel on Monday, the embattled Magu was detained at the Force CID at Garki, Abuja, from where he went to face the panel against on Tuesday.

A source informed that the security operative went to the house with a search warrant and moved in to carry out the search.

EFCC’s spokesman, Dele Oyewale, could not be reached on his phone to comment on the latest development, while Magu’s PA on Media, Tony Amokeodo, neither picked nor responded to text message sent to his telephone line as of the time of filing this report.