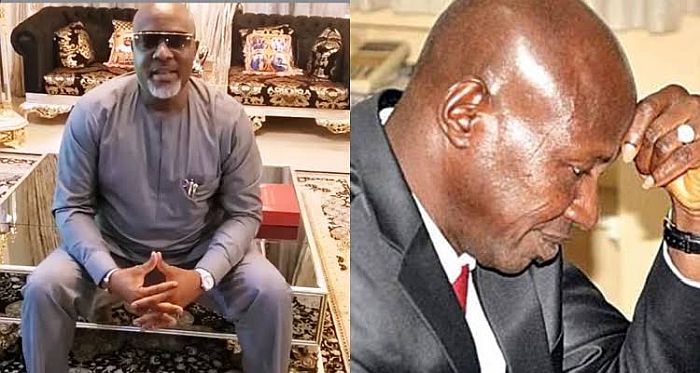 Controversial politician, Dino Melaye has released a new song in mockery of embattled EFCC chairman, Ibrahim Magu who was suspended a while ago.

Recall that Magu was suspended by the presidency to allow him to face the probe into the allegations of corruption leveled against him by the Minister of Justice and Attorney General of the Federation, Abubakar Malami.

On Tuesday evening, July 7, Dino released a new song on his Instagram page to mock Magu.

Singing the song, Dino who captioned the video, “Karma na shege…..”, sang about how he warned Buhari about Magu but he didn’t listen and now he has been arrested, he went on to say that there are still so many people like Magu in Buhari’s government.

Magu was arrested on Monday by a combined team of Department of State Services personnel and policemen at the Wuse II office of the EFCC to face an interagency committee investigating corruption allegations against him.