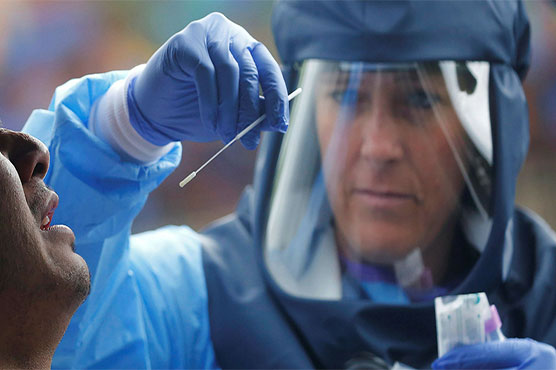 The US on Thursday posted 65,551 new coronavirus cases, a record for a 24-hour period, according to a tally by Johns Hopkins University.

The previous daily record was Tuesday, at more than 60,200 cases in one day.

With California, Florida and Texas recently breaking records, hopes are fading for an economic rival and US stocks closed down about 1% as investors worry another lockdown will cripple businesses.

Even outside the nation’s three most populous states, cases are rising. Alabama, Montana and Wisconsin recorded their biggest one-day rise in cases ever on Thursday. Infections are increasing in 41 out of 50 states, according to a Reuters analysis of cases for the past two weeks compared with the prior two weeks.

The United States, the hardest-hit in the world by the pandemic, has a total caseload of more than 3.1 million, with 133,195 deaths, making some Americans hesitant to return to public spaces and patronize businesses despite President Donald Trump’s efforts to downplay the risks.

US President Donald Trump’s re- election campaign rally in Tulsa, Oklahoma on June 20 has been tagged by the head of the Tulsa-County Health Department to have “likely contributed”‘ to a dramatic surge in new coronavirus cases in the state.