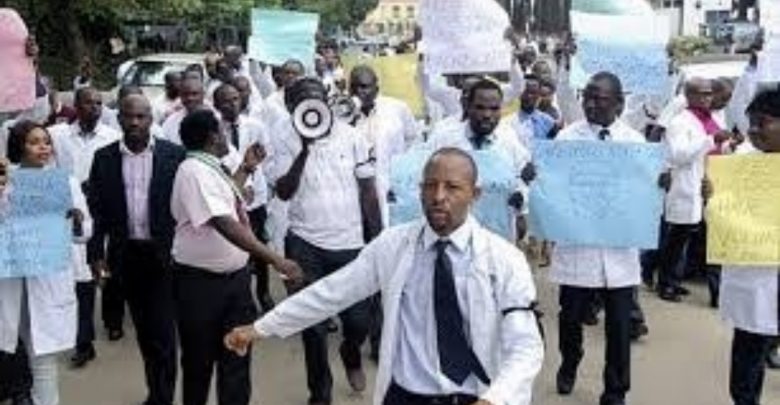 Following the failure of state government to meet up their demands, doctors in Lagos on Sunday, July 12 have announced that they are embarking on a three day warning strike amid rising cases of COVID-19.

This was made known to the public by the Chairman of Medical Guild (an association of Medical Doctors under the employment of the Lagos State Government.

According to Sodipo, the strike which would run from July 13 to 16 will exempt members working in the state’s COVID-19 isolation centres.

The doctors disclosed that they are embarking on the strike over the wage disparity between the Federal and Lagos state doctors, COVID-19 Hazard allowances and inducement allowances MOU approved by the Federal Government, non-payment of doctors working in isolation centre as well as unceremoniously disengagement of doctors in the isolation centres without recourse to their welfare.

In a related story, WITHIN NIGERIA reported that Lagos State governor, Mr. Babajide Sanwo-Olu, on Sunday announced the discharge of 56 COVID-19 patients; comprising 12 females and 44 males, including nine foreign nationals from various government isolation facilities in the state to reunite with the society, having recovered fully and tested negative to the virus.