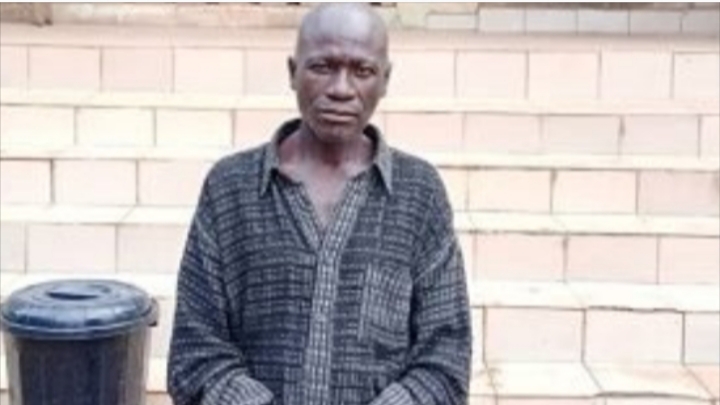 This was contained in a statement released on Tuesday, July 14 by the Police Public Relations Officer in the state, DSP Abimbola Oyeyemi.

The PPRO said Okedokun was arrested following a report by the father of the victim at Odeda Police station.

”The suspect saw his daughter playing with other children and he called her to go and bring his key for him in his room, while the innocent girl was going into the room, the pastor allegedly followed her behind, pushed her into the bed, covered her mouth with his hands and forcefully had carnal knowledge of he.

Upon the report, the DPO Odeda division, CSP Ajayi Williams detailed his detectives to the scene where the randy pastor was promptly arrested.”

On interrogation, the pastor owned up to the commission of the crime and he is currently being detained at Odeda police station; while the victim has been taken to General hospital Odeda for medical attention” the statement read.

Oyeyemi added that the State Commissioner of Police, Kenneth Ebrimson has ordered the transfer of the suspect to anti-human trafficking and child labour unit of the State criminal investigation and intelligence department for further investigation and prosecution.

READ  PHOTOS: Policeman Allegedly Shoots Abia Revenue Officials, Killing One And Causing Injury To The Other
Share this Post[?]