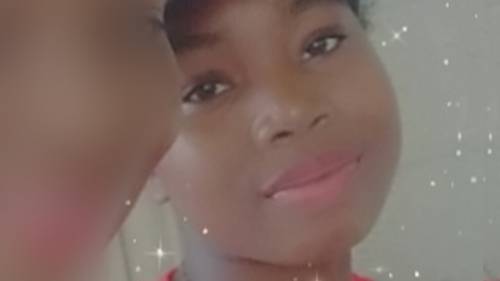 Before leaving Nigeria for “greener pastures” in Lebanon, Emumwen Purity was in SS2, taking care of her three sisters. Her father was in the village, helping her sick mom, while her two brothers are away in Ghana.

Hardship took a toll on her and her sisters in Benin, the Edo State capital. Purity had two options. She either waits on her aunty in Italy to prepare an invite for her or go to Lebanon on the advice of a friend, work for two years and raise money to return to school.

Purity settled for the latter but soon regretted her decision. She was one of the recently rescued Nigerians flown into the country from Lebanon on Saturday. She shares her modern-day slavery experience in the western Asia country with SaharaReporters.

How did you make the trip to Lebanon?

My friend came to visit me in Benin and asked me if I would like to travel. Initially, I said no. I told her I was still in school (SS2) and that I wanted to finish school and go to Italy to meet my aunty.

Then my aunt called. She said she was still struggling to get her papers. So, I went to meet my friend and I accepted her travel offer.

I told my father about it but he said no. So, I called my brother in Ghana and asked him if I could travel. He said, ‘is that place good?’ I said ‘yes,’ because they deceived me. I was able to convince my father as well. My friend took me to Lagos to meet one Aunty Mariam, the agent who arranged my travel papers.

She uploaded my picture on a Lebanese database for wanted domestic help.

I asked Aunty Mariam which work I would be doing in Lebanon. She said the work would not be too difficult. “It’s just to take care of little kids and take them to school,” she said. She said I would have my room and would get one day off in the week. I left for Lebanon from Lagos on April 23, 2019.

So, how did things turn out when you reached Lebanon?

My first madam came to pick me at the airport. She lives in a big, four-storey building. She said I would be cleaning it every day but I had not done that before.

I did it for five days and I went to meet the madam. I said, “please, is this the work I ought to be doing?’ She said yes. I said, “Please, I want to go and talk to the office and tell them I can’t do this work; it’s too difficult.” She was very kind to me. She took me to the office, and they assigned me to another home.

Things were difficult in my new home. The madam and her children fought with me. My madam has two kids. I went to the hospital twice as a result of this. They said I was not living in the right way; that I don’t wake up early. They told different lies against me.

This family denied the privileges Aunty Mariam promised me (one day off and access to my phone).

I usually ate my first meal of the day by 2pm. I would finish my work before I ate breakfast. For four months, I missed my menstruation. I felt dizzy; my eyes were always turning. I could barely stand. I usually ate my second and last meal of the day by 9pm. They called my father for me to speak with him every 15 days. If I talked for more than 10 minutes, the next 15 days, they would refuse to call my father for me.

Did you talk to your father in their presence?

Yes, they would sit with me but I didn’t speak English. I spoke in my native language. I told my father all they were doing to me but I could not tell my mom because she is sick

I didn’t tell my father everything so that he does not get too worried. I kept trying my best until I could no longer take it anymore. I told them to take me to the office; that I didn’t want to work again. I wish I could show you the centre of my hair; they cut it off. My body has scars of the beatings. I sleep at 11pm and wake up by 5pm. If I wake up by 5:30, it would be a big problem for me. My friend who connected me to Aunty Mariam is also in Lebanon but we have not spoken in 15 months.

How did you reach out to Project Ferry and other people who helped you return to Nigeria?

There was a time I had tremors all over my body. I went to meet my madam to give me a little medicine so that I could return to work.

My madam said I was always complaining. She pushed me out of the door, saying I’m a bad girl. So, I took a little knife and made a short mark on my hand and the pain stopped immediately.

I wanted to go back to work but my madam’s mother saw what I did. So, they started fighting me; telling me I wanted to kill them. That was when they took me to the Nigerian embassy in Lebanon.

I didn’t even know that there was anywhere like that. When we reached there, my madam lied that she took good care of me and that I wanted to kill them. Before the embassy arranged my documents, my madam and her mother slapped me.

READ  Why polytechnics, colleges of education should be scrapped – Sen. Adeyeye

So what are your plans now that you are back to Nigeria?

I plan to go back to my place and complete my education.

Since you don’t have much money and your father is still in the village, how do you plan to finish your education?

There are two choices in my mind. It is either I go back to my place, start a small business or I’ll try to join my aunty in Italy. But, I pray God helps me to go back to school.