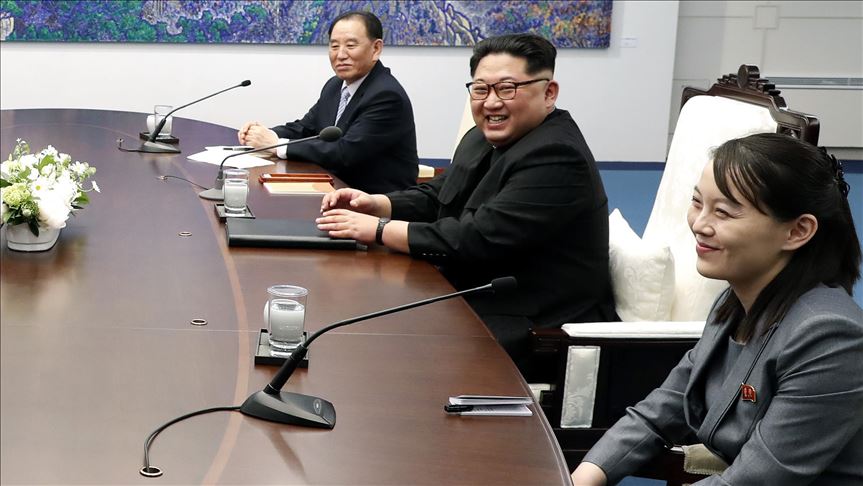 The move is likely to infuriate the nuclear-armed North, which has repeatedly condemned South Korea in recent months, including directing personal insults at President Moon Jae-in.

Seoul Central District prosecutors received a criminal complaint against Kim Yo Jong from a Seoul-based lawyer and had started an investigation, a spokeswoman told AFP.

Last month, Pyongyang blew up an inter-Korean liaison office on its side of the border, days after Kim Yo Jong — one of her brother’s closest advisers — had said the “useless” property would soon be seen “completely collapsed”.

Before the demolition, it had issued a series of vitriolic condemnations of South Korea over anti-North leaflets that defectors send back across the heavily-militarised border — usually attached to balloons or floated in bottles.

It raised pressure further by threatening military measures against Seoul, but later said it had suspended those plans in an apparent sudden dialling-down of tensions.

In his complaint, lawyer Lee Kyung-jae claimed the now-demolished liaison office was South Korean property as it was renovated using South Korean government funds, despite its being located in the North.

Kim “used explosives to destroy” the South’s “quasi-diplomatic mission building that served the public interest”, he said in the complaint.

Lee also filed a complaint against Pak Jong Chon, chief of the general staff of the North Korean military.

Under South Korea’s criminal code, he stressed, damaging property or disturbing the peace using explosives was punishable by death, or a prison sentence of at least seven years.

READ  Biden promises 100m vaccines for US in first 100 days

Capital punishment remains on the statute books in South Korea, although it has not executed anyone since 1997.

In practice, it would be virtually impossible for Seoul officials to punish Kim Yo Jong or Pak, but Lee told the South’s Yonhap News Agency that he wanted to “inform the North Korean people of their leader’s hypocrisy”.

The announcement came a week after a Seoul court ordered Pyongyang’s leader to compensate prisoners of war who spent decades in North Korea, in a move that could set a far-reaching legal precedent on the divided peninsula.

Inter-Korean relations have been strained following the collapse of a summit in Hanoi between Kim Jong Un and US President Donald Trump early last year over what the nuclear-armed North would be willing to give up in exchange for a loosening of sanctions.