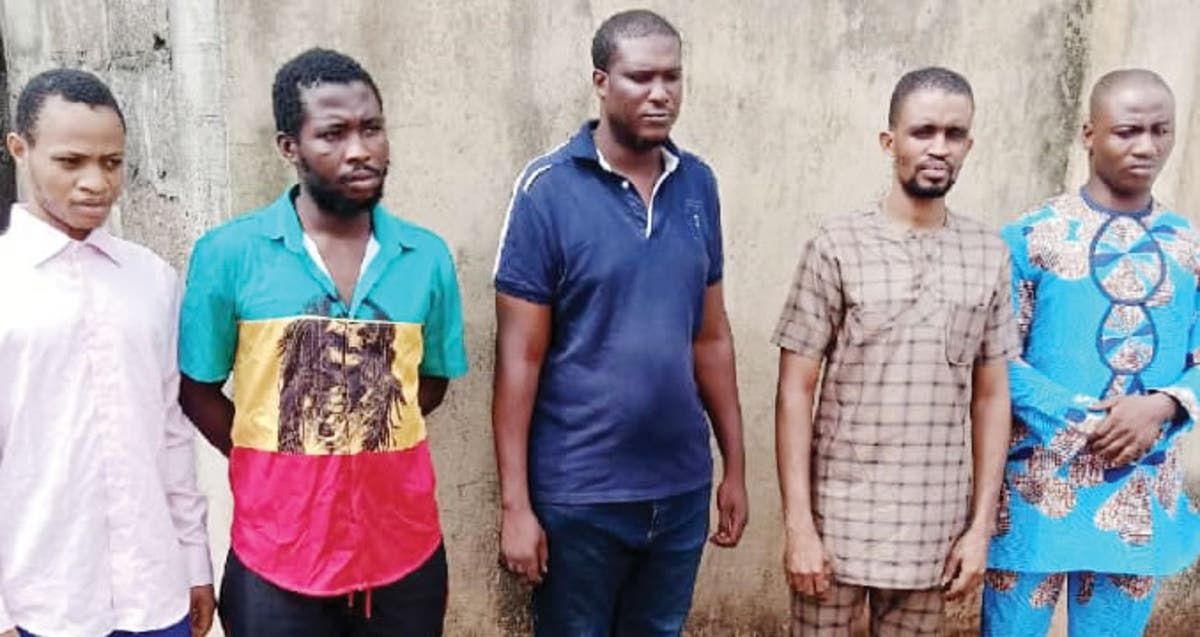 Wisdom Nwachukwu and Moses Moses were not only colleagues at a bottle water factory in Auchi, Edo State, they were also said to be close friends before money severed their ties.

But unknowing to Nwachukwu, Moses was a different person from what he thought. It was Moses who allegedly pulled a fast one on Nwachukwu and cruelly ended the relationship over N13m.

Nwachukwu showed Moses a credit alert of N13m that his brother based in South Africa sent to him to execute a building project at their hometown in Imo State on his behalf.

While they were both on a night shift, Moses reportedly lured Nwachukwu to a deserted location around the company knifed him to death and fled with his phone and Automated Teller Machine card.

He was said to have taken the phone and the ATM card to some Internet fraudsters in Auchi who helped him to withdraw N2.2m from Nwachukwu’s account. Nwachukwu’s family became worried when they did not see him or reach him on the phone.

A case of missing person was consequently reported to the police and a petition was addressed to the Inspector-General of Police, Adamu Mohammed, who directed Intelligence Response Team to investigate the incident.

The IRT operatives were said to have tracked some POS transactions Moses carried out with Nwachukwu’s ATM card to Benin City, Ore and Auchi areas of Edo State and arrested him in a hotel where he was hiding.

“During interrogation, he confessed to the crime and led the operatives to arrest some Internet fraudsters, Yusuf Sagiru, Tony Bright, Terence Okochukwu and a businessman, Jahswill Ogbonnaya, who assisted him in withdrawing a total sum of N6m from the account,” a police source said.

Speaking with journalists during the week, 27-year-old Moses, who hails from Auchi, said he committed the crime out of greed, lamenting that his friend’s ghost had been hunting him since he was killed.

He said, “I work in a bottle water company in Abely area of Auchi and I have been working in that company for four years. When Nwachukwu got a job in the factory, I was the one who taught him how to operate some machines and we became close friends.

“While we were working in the company in January 2020, Nwachukwu told me about his brother who lives in South Africa and how he has been sending money to him to build a house for him. He showed me an alert of N13m which his brother just sent to him and that he would be travelling to their village to carry out the project.

“I was envious of him and decided to steal the money. I tricked him, collected his phone password and went through it. I found his ATM card pin and on January 8 when we were both on duty, I lured him outside the company and stabbed him with a knife.”

Moses, a graduate of Mechanical Engineering, explained that he dragged Nwachukwu’s body into the bush and cut off his head so that people would not recognise the victim easily.

He added, “I buried it and took his ATM card to some fraudsters. I gave it to someone who hacked the account and stole N2.2m. I had trouble with Yusuf because he and his gang members wanted to cheat me.

“I stayed in several hotels in Ore and Benin City and spent nice time with women. My friend’s spirit started disturbing me. Whenever I wanted to sleep, his spirit would appear to me and he would be crying. I regret my actions now.”

One of the arrested accomplices, Ogbonnaya, 29, said he only helped to transfer N1m from Nwachukwu’s account through one Alhaji in Lagos who collected N400, 000 as his commission.

Ogbonnaya, a native of Arochukwu in Abia State and graduate of computer science, said he used a money transfer app to perfect the fraud.

He stated, “I sell electrical materials in Aba. Some friends brought an ATM card to me and asked me to help them withdraw money with it. I used the card to make a purchase and used the authentication number to credit my paystack wallet with the card.

“I took just N1m from it and contacted my friend who lives in Lagos. He linked me up with one Alhaji who gave me his account. He took N400, 000 as his commission and the remaining N600, 000 was sent to the friends who brought the card through Tony.

“It was on July 3, 2020 that I was arrested. Tony had called me for another deal unknown to me that he was with the police. I was arrested when I showed up.”