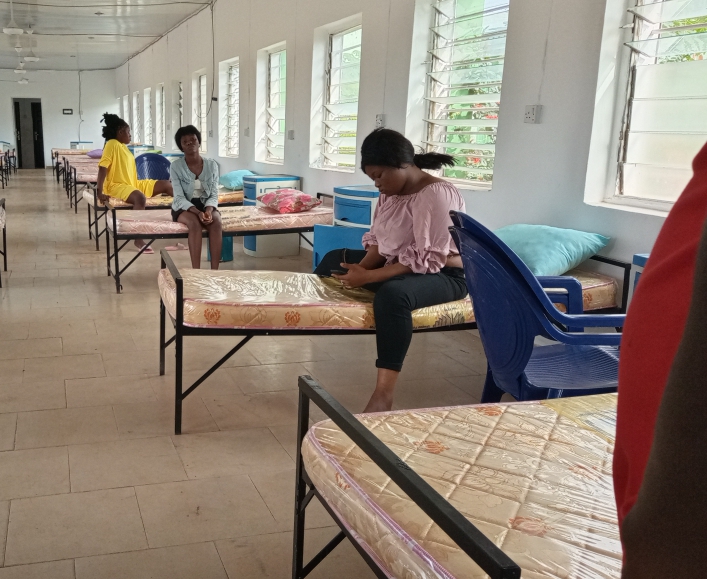 Dr Femi Oladiji, disclosed this on Saturday in Ilorin at the state’s quarantine centre where the suspects were kept.

The Kwara Technical Committee on COVID-19 arrested no fewer than 50 persons in the early hours of Saturday at a night club in Ilorin, the state capital, for violating the ban on night clubbing, PM News reports.

The Chairman, Medical Advisory Committee on COVID-19 in the state, Dr Femi Oladiji, disclosed this on Saturday in Ilorin at the state’s quarantine centre where the suspects were kept.

Oladiji explained that the operation was led by the state’s Deputy Governor and Chairman of the Technical Committee on COVID-19, Mr Kayode Alabi.

“Around 1 a.m., we got information that some people were clubbing at Kwara Hotel.

“The deputy governor, accompanied by some security officials, raided the club and we arrested so many boys and girls within the age range of 20 to 30,” Oladiji said.

“Around 2 a.m., we brought them to the Hajj Camp (quarantine centre). We made them comfortable overnight, and early this morning, we took their samples for COVID-19 tests.

The arrest, which may lead to prosecution, is to send the signal that we cannot tolerate such a conduct. Violations will henceforth attract strong response from government,” he said.

He said that the ban on night club activities remained in force in the state to prevent further spread of the virus.

Oladiji added that the clubbers violated the Kwara State Infectious Diseases Regulations, 2020, as well as government’s subsisting ban on congregation that is beyond 20 people, except in places of worship.

Government is considering other measures, including enforcement of the use of face mask in public, to flatten the curve of transmission of the virus.

“Government will take appropriate actions against any official of the hotel found to have authorised the violation of the existing ban.

“This is to send the signal that such behaviour will not be tolerated,” he added