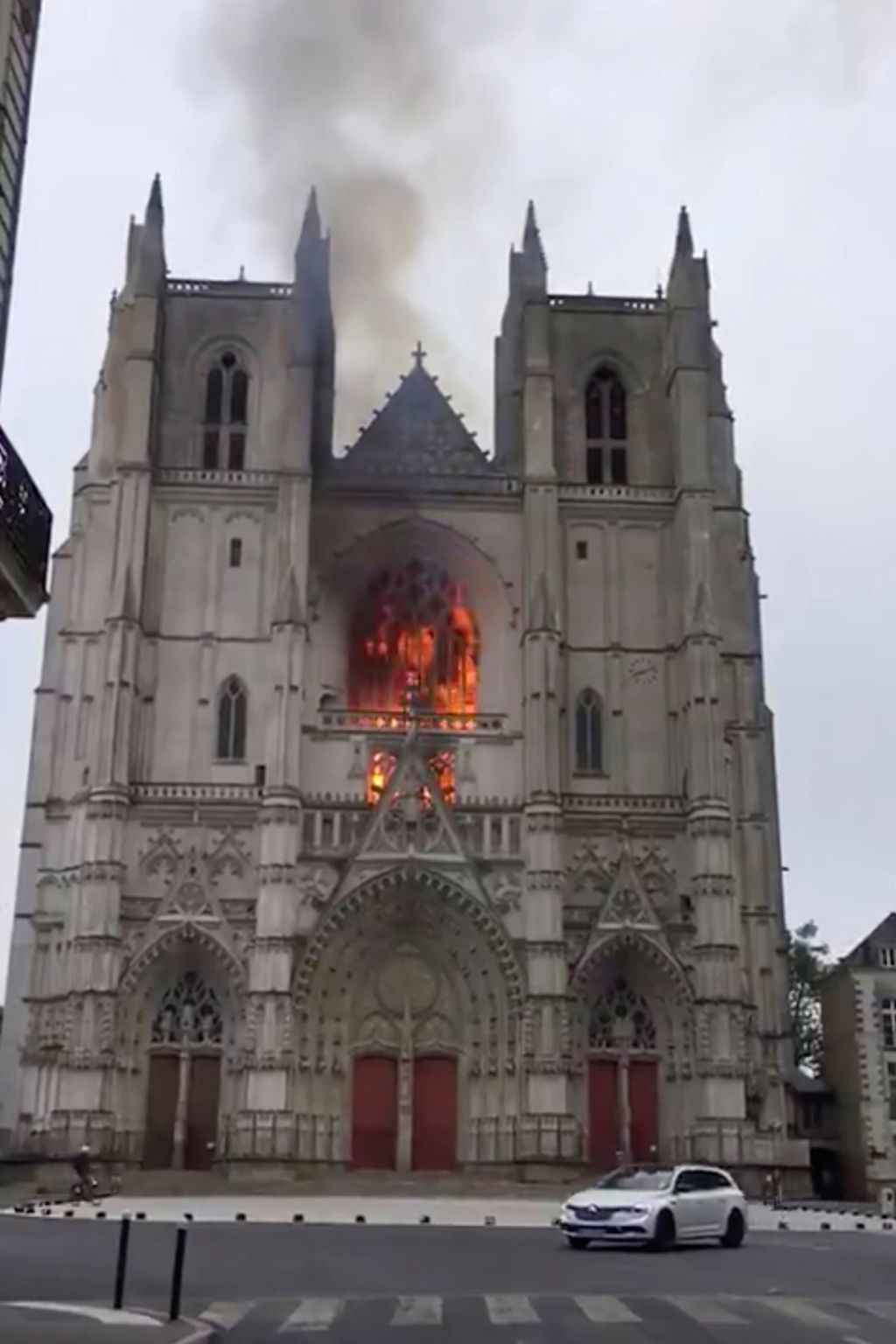 A man has been arrested in connection with the fire in the cathedral of Nantes in the west of France.

The fire in the Cathedral of St Peter and St Paul was first noticed at around 08.00 on Saturday morning. Around 60 fire-fighters attended to battle the blaze for about two hours, until it was brought under control.

Fire inspectors later discovered the cathedral organ had been badly damaged by the flames. They also found the fire had started in three different places – a sign of possible arson.

Since then a man has been arrested on suspicion of setting the fires. The man is reported to be a volunteer who works in the cathedral. According to reports, he was on duty on Friday before the church was closed, and may have been the last person on the scene before the building was locked up.

However local prosecutor Pierre Sennès said it is too early to state whether the man has any connection to the fire. He is being interviewed to try to determine what might have happened between the Friday lock-up and the fire alarm on Saturday morning.

Construction of the cathedral started in the 15th century, and was only completed in 1891. Some years before completion it had already been awarded the title of historic monument.

Images of yesterday’s fire brought back memories of the fire that struck the cathedral of Notre-Dame in Paris in 2019. Nantes cathedral stands only 6m lower than Notre-Dame at the top of its twin towers.

Fire inspectors who surveyed the aftermath of the fire said the damage there was much less extensive than that suffered by Notre-Dame.