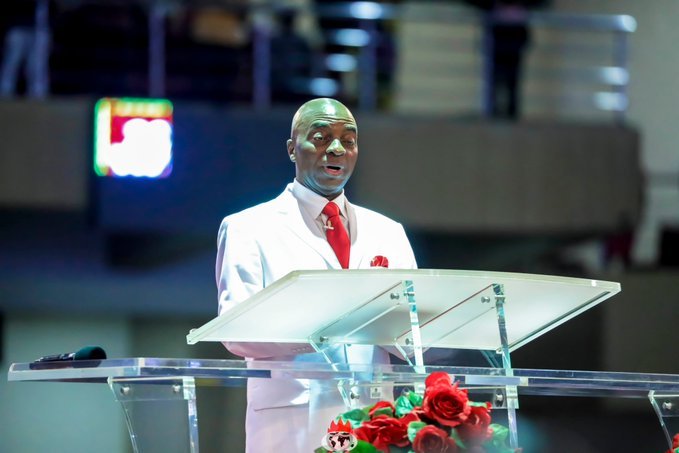 Bishop David Oyedepo, founder of Living Faith Church Worldwide alias Winners’ Chapel International, has stated that anybody who doesn’t pay tithe is “under a financial curse”.

The man of God also said that wealth and prosperity are connected to the paying as they are totally impossible without tithing.

“Tithing is an inescapable covenant obligation. Prosperity not just wealth is impossible without tithing, because when you’re not paying your tithe, you’re under a financial curse. #Tithe #Breakinglimits.”

In a subsequent tweet on Friday, Oyedepo, said many problems men face could be traced to their financial dealings.

“The way you handle your financial dealings determines greatly what happens to you financially. Many things that afflict men are traceable to their monetary dealings. False financial dealings can open doors to inexplicable afflictions,” he said.

While Oyedepo’s message was well received by many of his followers, some critics on social media described his message as archaic and improper.

Meanwhile, Oyedepo had sometime said, one cannot fast his/her way into prosperity but rather by feeding (studying) on the word of God. He urged those who spend their days fasting in the hope of becoming rich, that such a thing cannot happen.

“You cannot fast your way into your prosperity, you feed into it through the Word of God”,

READ  My Dad Has Made Money Osun Will Make In The Next 40 Years - Davido Boasts
Share this Post[?]