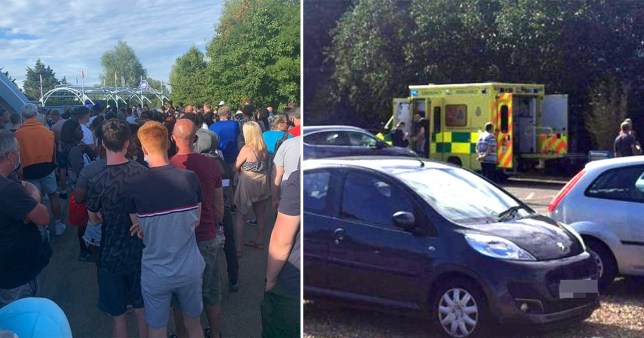 Police have locked down the Royal Sussex County Hospital in Brighton, United Kingdom after a yet-to-be-identified man stabbed a male cleaner with a knife.

According to preliminary reports, the suspect, a 30-year-old man was arrested near the hospital an hour after attacking the cleaner.

The attempted murder occurred around 8:30 a.m. (local time) on Sunday.

A police spokesman stated that “the hospital site was quickly secured while officers have been working with security staff to confirm that nobody else has been injured, and that staff and patients are safe”.

“Following immediate police searches and inquiries a 30-year-old man was arrested in nearby Wilson Avenue at 9:40 am on suspicion of attempted murder, and is currently in custody for interview and further inquiries”.

So far, the authorities do not consider the incident to be a terrorist attack. There is also no information about other possible perpetrators.

In other news, two men have been arrested on suspicion of murder after a man was slashed in the stomach during a fight between two groups in Thorpe Park Saturday, July 18.

One eyewitness at the Surrey theme park claimed to have seen ‘blood all over the floor’ and said he saw paramedics treating a patient by a bridge on site.

In a statement Surrey Police said two groups of people got into an ‘altercation’ which left a man in his 20s needing treatment for a ‘slash wound’ to his stomach. The force said the visitor has been taken to hospital in a serious condition and that no one else has been hurt.

READ  Yahoo boy arrested in Delta state for duping a Swiss woman of $18,023