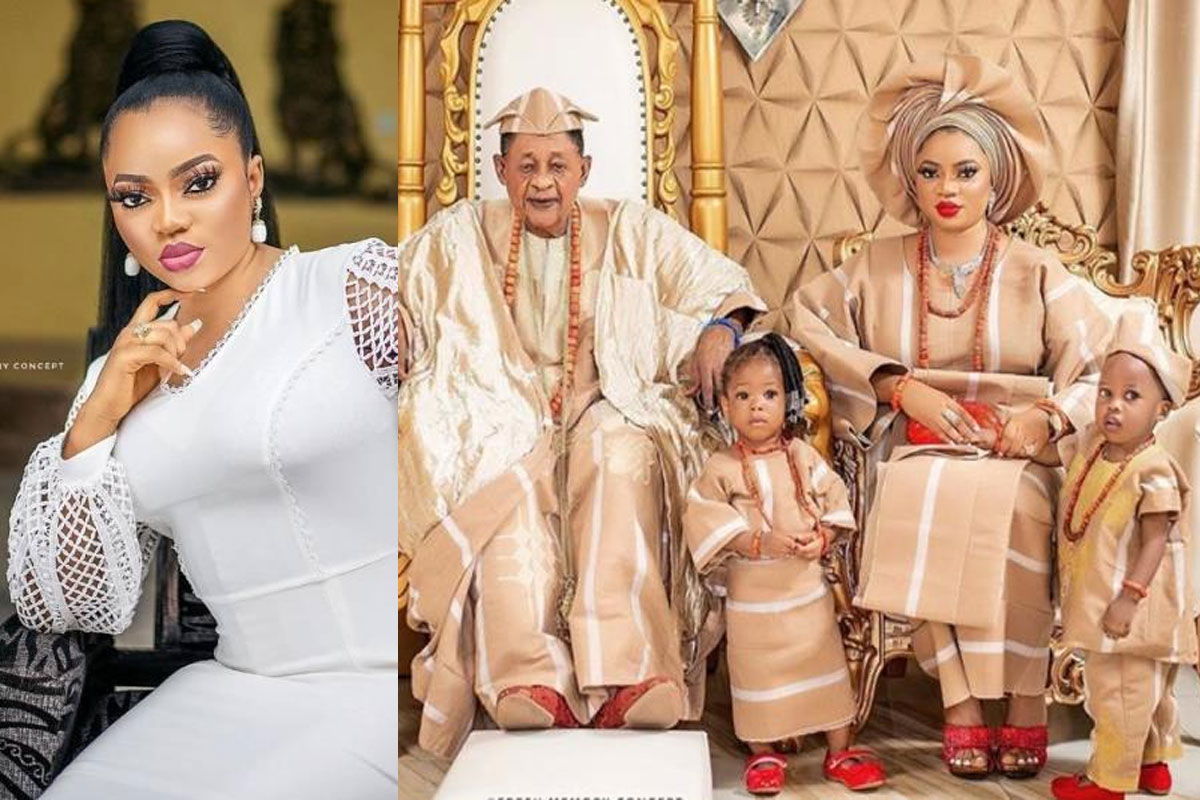 Queen Anuoluwapo Adeyemi has replied critics who condemned her for marrying an ‘old’ man.

Queen Anuoluwapo Adeyemi, wife to 81-year-old Alaafin of Oyo has taken to social media to lament after people called her husband ‘old’.

Reacting, Anu defended her husband, the King, saying he isn’t an old man and that it’s her life and her choice. She also addressed those that say she looks like Bobrisky, and questioned if Bobrisky is not human.

“What is it that we haven’t heard/seen on social media, especially on IG (She’s married to an ola man all in the name of being a queen, whereas most of those people criticizing you are in your DM begging you for one or two things. Pls my husband isn’t an old man. my life my choice” she wrote.

Recall that there were rumours that Queen Anu occupies a special position in Alaafin’s heart. According to insiders, even when other queens are not with the 81-year-old paramount ruler of Oyo kingdom, there are hardly occasions you wouldn’t see Anu.

Read as she posted on her IG stories below: